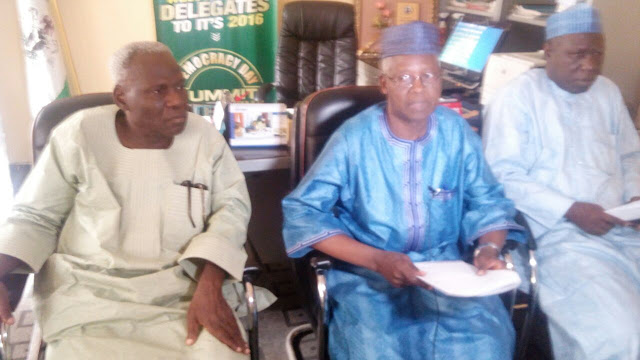 As part of their activities to mark the 2018 census, the National Population Commission, has commenced the training of demarcation team in Adamawa State with the aim to commence the third phase of the Enumeration Area Demarcation (EAD).

Addressing newsmen in Yola before their journey to Numan the venue of the training, the Adamawa State Federal Honourable Commissioner for the Commission, Tpl David A. Garnvwa stated that the aim of the briefing was to inform the pressmen about their plan to carry out the third phase of the Enumeration Area Demarcation (EAD) which according to him would soon commenced in Numan Local Government Area.

Mr. Garnvwa noted that as all were aware, the population census is an enumeration of all persons residing in a country or a well defined geographical unit at a particular time. Hence, he maintained that for the effective enumeration of these people, it was imperative to divide the area into small units for the team of enumerators to easily cover the place during census period.

He stated that EAD constitutes the foundation which the entire census architecture stands on. Its forms the basis for the planning and execution of the census project. He stressed that during pre-census, total numbers of EAs and distributions are required to be plan most especially the deployment of personnel, logistics and materials for the pretest, trial census, the main census and post enumeration survey and so also after the post census.
Thus, Tpl Garnvwa maintained that EAD is the vehicle that drives the entire census process right from pre census, actual enumeration and post census period. Hence, he noted that it was in recognition of this that the Commission adopted meticulous and gradual approach to the 2018 census EAD that allows practical experimentation of the methodology and necessary adjustment in implementation and flexibility.

He recalled that under their previous phase of EAD, the Commission had demarcated about thirty seven (37) local government areas in all the thirty six (36) states of the federation including the Federal Capital Territory which Yola North local government of Adamawa State fall in their second phase of EAD demarcation.