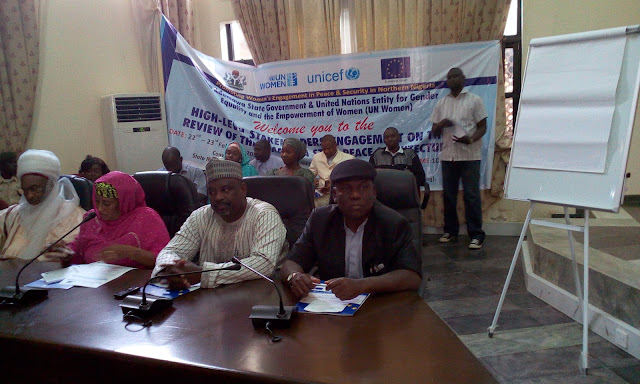 UN Women In Collaboration with Ministry for  Women Affairs and Social Development, funded by EU Holds a High- level Stakeholders’ Engagement ; Partnership for the review of Adamawa State Peace Architecture, From a Gender and Human Right Perspective, on 2nd  and 23rd   February, Held at Conference Hall, Government House, Yola.

One of the objectives of the stakeholders meeting is to review the Adamawa State Peace Architecture, from a gender and human right perspective, in order  to sensitise inclusiveness, synergy and systematic coordination among the various stakeholders in the state, for the attainment of sustainable peace and development in the state and country at large.

In a welcome address, the Hon. Commissioner, Ministry for Women Affairs, and Social Development, Alh. Aliyu Bello Tola, said he is pleased with all the support made by the Development Partners and Federal Ministry for Women Affairs, and Social Development for uplifting  the lives of Women  in Adamawa state. Adding that, it is quiet timely  UN Women brought  the women peace and security programme and so far, the minstry of women affairs in collaboration with women Association, religious and traditional institutions and other key stakeholders have been working hand in hand , for greater involvement of women in peace making process at all level in the state. He further called on all the stakeholders to review and validate the report as well as act on the recommendations of the report, for greater mainstreaming of gender in to the peace Architecture of Adamawa state. 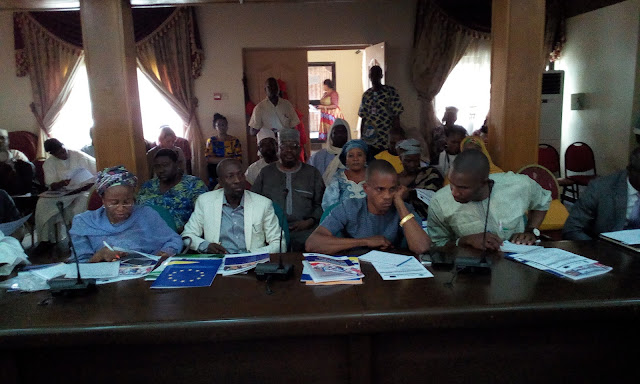 Declaring the validation meeting open, the Executive Governor of Adamawa state, who was represented by the Chairman,  State Planning Commission, Mr. Arin  Lutu, in his remarks, applauds the efforts of all the Donor Agencies working in the state for the betterment of lives of women. He said women are left behind or isolated in decision making processes. This explains why my administration  appointed many women into strategic leadership in the state, to enable a woman have a hand and a voice in the development of the  state. He urged all the stakeholders in the meeting to carefully examine the findings of the survey and review it in such a way that it becomes gender sensitive, for greater inclusion of women in Adamawa peace Architecture, and for a sustainable peace and development in the state.

In her speech, the representative of Hon. Minister for Women Affairs, and Social Development Haj. Jummai Al Hassan,  said the aim of the meeting is to provide a conducive environment for the implementation of the United Nation security council resolution 1325 in Nigeria. The goal of the United nation security 1325 is to facilitate the integration of gender perspective into plans and programmes on peace and security. She encourage Adamawa state to develop their  action plan for  UNSCR 1325.

There were goodwill messages by UNICEF, NCWS, Widows Council, JNI and CAN .

In his presentation ,the UN Women Deputy Programme Manager, Mr. Peter Mencha, stressed the need for good working relationship between traditional rulers, Religious leaders, civil societies and people in the state to work in synergy in promoting women engagement in peace Architecture in the state. 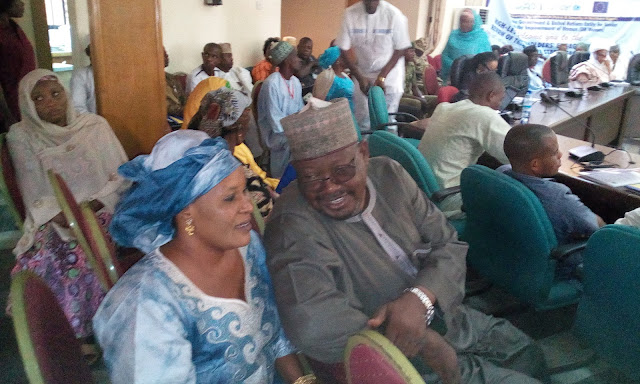 The stakeholders were given the opportunity to brainstorm and deliberate on various ways  of bridging gender gap in their respective organisations, communities.

Suggestions, questions and answers were made in the course of the meeting. 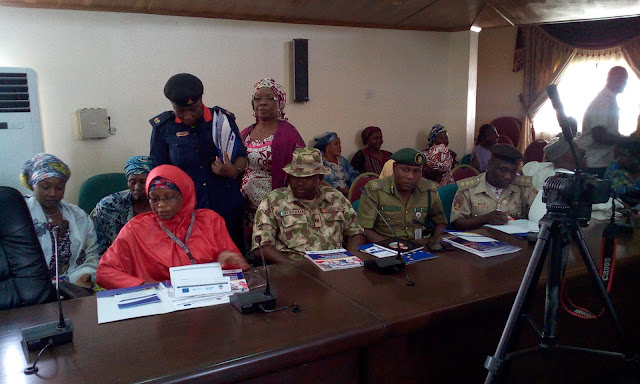