Yubakar Raj, the paper presenter, in his presentation says that a professional Journalist has to be factual and accurate in his reportage. He dwelled on what a conflict is in which he defined it as “the relations between at least two parties (individual or groups) who have, or who think they have, incompatible objectives, needs and interest”. He therefore called on Journalists to report their stories objectively. Reports which are not objective can lead to violence.

Thus, violence he reiterated “consist of actions, words, attitudes, structures or systems which create physical, physiological,  social or environmental prejudice,  and/or which present people from achieving their full human potential”.

While enlightening Journalists on how to handle reports on conflicts, he quoted Ross Howard as saying “professional Journalists do not set out to reduce conflict they seek to present accurate and impartial news. But it is often through good reporting that conflict is reduced”. If Journalists take this into cognisance their story will not ignite tension and accuracy with regard to conflict reportage will be achieved. The stages of conflict he outlined are: pre-conflict, confrontation, crisis, resolution  and post conflict. If these are carefully comprehend by Journalists, it will help them in writing a factual, object and accurate reports.

It is imperative to note that the participants are divided into groups to learn how to approach a conflict. At the end of each group discussion, participants became familiar with how to resort  to conflict.

The workshop will continue with other paper presentations on the 3rd day of the workshop 15th February, 2017, that will enhance the writing techniques of Journalists on conflict and trauma sensitive journalism. 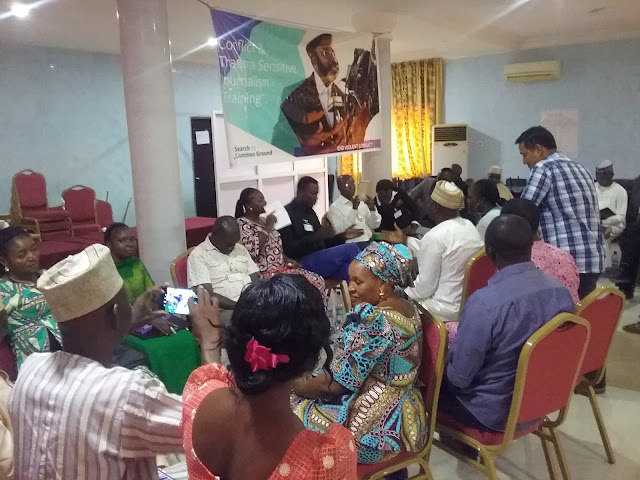