Home » Opinion » OPINION:BINDOW IS WORKING ABOVE THE WINGS AND CAPRICES OF CHEAP BLACKMAILS

OPINION:BINDOW IS WORKING ABOVE THE WINGS AND CAPRICES OF CHEAP BLACKMAILS 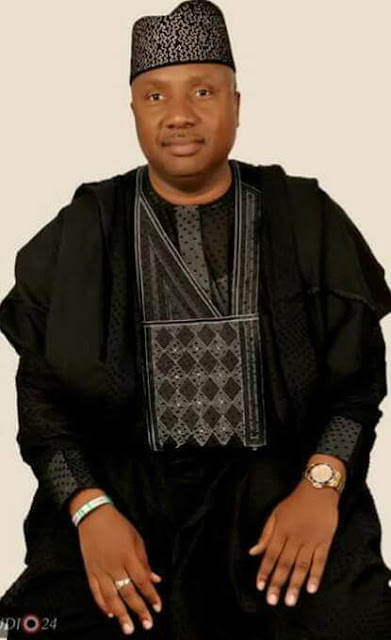 I subscribe to one of African adage that says; "A three with beautiful and many fruits receives the highest stones", the many stones throw at a three determines the level of  many benefiting fruits to those it attracts. It goes to say that a good leader is never void from attacks and blackmails.

World record of good and visionary leaders reveals that they had all kinds of opposition, their enemies never saw anything good in them or their kind of leadership. As leaders, they always hold unto the dreams and vision of what they have and intend to achieve. That's what made them stand out to be leaders standing strong above all forms of accusations, attacks and blames.

Senator Muhammad Umaru Jibrilla Bindow is one of such leaders. He is certainly the most performing Governor, yet the most attacks probably because of the indelible mark of progressive records score card of development in Adamawa state. On daily basis, he receives primordial bashing, insults and attacks. May be, because of political differences by people who should  have naturally appreciate his style of leadership in the state.

He kept adamant and mute to all kind of opposition scandalising his administration and focuses on committed caurse that "Adamawa state must be better " no matter the plans of the enemies of the state.

I quote one of the arrow heads of this administration in the state, Alhaji Abba Jimeta, the Chief of staff to Adamawa state Government House, where he stated that; " Hate him or like him Bindow is doing what many Governors have failed to do since 1999 to date and his vision is to take Adamawa state to the level where our enemies will not have any option than to say thank you. "

Initially, the unwarranted negative comments against the working Governor has perpetually kept me in a mode to be asking why all this hatred exhibited by these people who happened to be the sons and daughters of the soil that should appreciate his efforts even at this stage of economy down turn is  still working wonders in the state. The attacks seems to be his propelling gear, not minding their hatred of calumny, just focus to deliver his best to the state.

It quickly dawn on me that even the holy prophets were hated by their closer allies but we're respected and honoured outside their communities, towns, cities and even country. Indeed "a prophet has no honor in his home town ",you can simply say a good leader is not respected, valued, honoured and even cherished in his home town.

Their line of attacks is predicated at any good action he has taken. On coming on board as the Executive Governor of the State, the humble Governor was labeled as a small boy that lacks experience and education. In fact, they said that he is not fit to govern the state. They saw him as someone whom nothing good can come out. They forgot that it's God in heavens who can work wonders among men. The powerful forces contending against the growth of the state is becoming feeble. Sure, God is letting people to know that because of one Man (Bindow) He removes kings and Set up kings.

Many considered him to even lack the "general qualifications" to govern the state. But, never understood  that wisdom is the principal thing in the life of an individual. For God gives wisdom to the wise, and knowledge to them that knows understanding.

He awarded contracts of roads in the state. Some said that is never possible.  They asked too many questions of "how? " Now that he is working roads, they said it's  substandard but he is still working. He is  beautifully making the state capital a heaven for all and the pride of every inhabitants of the state while his haters are still basking.

He declared state of emergency in the education system of the state, whalers are saying is a white wish dream. Soon, it will turn out to be a reality again. Hmm! It's rather late and quite unfortunate blackmailing him at this point in time, I guess he has grown above the wisdom of attackers.

Bindow certainly reversing the irreversible and reversing every negative circumstances in the state.He is bend towards development, he is working the work.