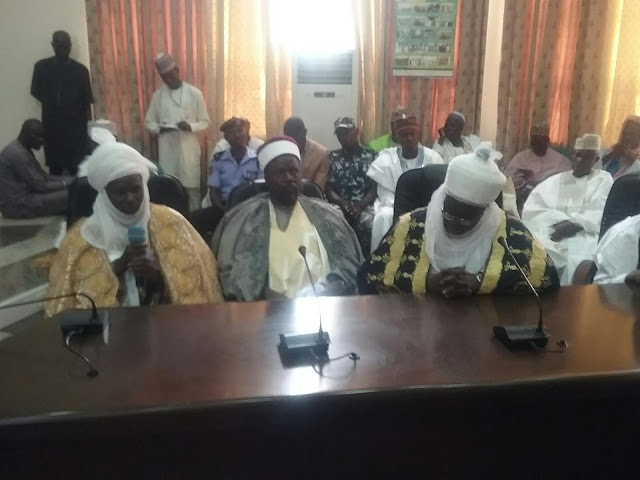 The  People of Shelleng Local Government  Area  have been  urged to always be  united at all times  for the overall development and progress of  their  area.

Governor Muhammed Umar Jibrilla who made the call when  the community from Shelleng area led by the  new Amna of Shelleng  His Royal Highness  Alhaji Abdullahi  Isa Daso paid him a  thank you visit at Government House Yola.

Governor Jibrilla  described Shelleng  Local Government  Area as his second  home and  assured  the community of government's readiness  in providing dividends of Democracy to the electorates  as promised during  electioneering campaigns.

The Governor also called on the  people of  Shelleng  to tolerate one another, pointing out that the  people of the area  have been  known for living in  peace and harmony.

Earlier in his remarks, the New Amna of Shelleng His Royal Highness  Alhaji Abdullahi Isa Daso  said the  delegation were at Government House Yola to thanked the Governor for approving the appointment of the New Amna Shelleng and for  his giant strides  in developing their area especially  the construction of Kiri - Shelleng road  which  was neglected  by the successive administrations.

The  New Amna also  appealed to the  Governor  to rehabilitate the Shelleng Cottage Hospital and  the palace of the Amna of Shelleng.

The  Royal father assured Governor Jibrilla that the  people of Shelleng  will continue to  give  the present administration under Governor Muhammed Umar Jibrilla  total  loyalty and support for the overall development of the  area  and Adamawa state in general.

Also in his remarks, the  Chief of Staff Government House Alhaji AbdurRahman Abba Jimeta had enumerated some of the remarkable achievements recorded by the present administration under Governor Muhammed Umar Jibrilla by providing infrastructural development across the state and other social amenities to the people of Adamawa state within shortest period while in office. 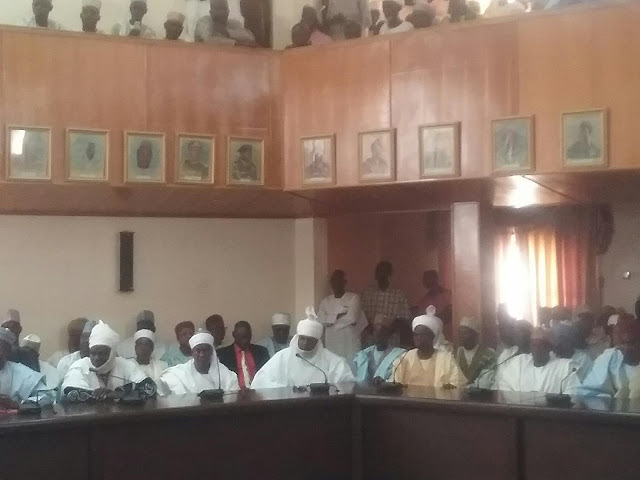