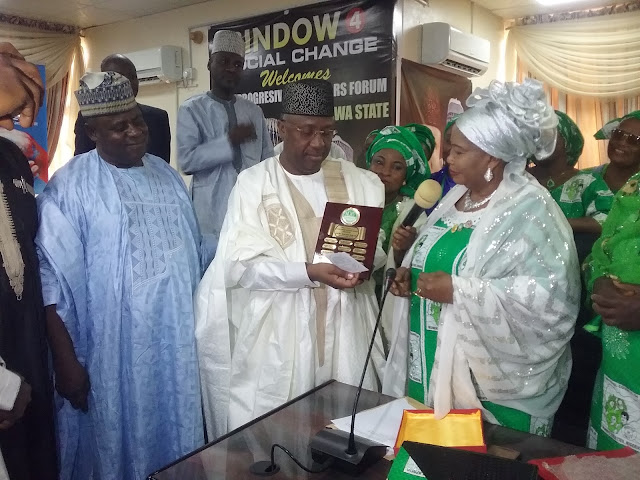 Nigerian Women have been commended for their  sacrifice and sustainance of socio-political  and Economic development of the  nation.

Governor Muhammed Umar Jibrilla who made the commendation when he  granted in audience the National Officials of the  National Council For Women Society  (NCWS )led by its National President Dr. Ambassador Gloria  Laraba Shoda  who paid him a courtesy visit at Government House Yola.

Governor Muhammed  Jibrilla explained that Women have  contributed  immensely for his success during the  electioneering  period in which as results  he became the Governor  of Adamawa state.

He pointed out that his Administration has  appointed Women into key positions in  his cabinet, and assuring that  his government will continue to support for the success of women folk at any time.

He however thanked the visiting  delegation for identifying with his  government.
Governor Jibrilla also commended president Muhammadu Buhari for his efforts in fighting insurgency in the North East sub-region  as well as maintaining peace and security  across the  country.

Earlier, the National  President of NCWS  Dr. Ambassador  Gloria Laraba  Shoda   had informed Governor Muhammed Umar Jibrilla that they were at in Adamawa state in continuation of their nation wide tour of states  Chapters of the NCWS  and to acquent themselves with  other Women groups and  sensitisation  on the  activities of of the  council.

Dr.Gloria  Shoda also  commended Governor Muhammed Umar Jibrilla for his giant developmental strides in developing Adamawa state  and solicited for the support of the Governor to  empower  women  and Girls for the overall development of the state  and the country at large .

She also said that the NCWS  will continue to  partner with  Adamawa state Government  in empowering  projects for women in the state, describing  women  as the key drivers of the economic growth and development globally.

The  National President of the NCWS  Dr  Gloria  Laraba  Shoda  also honoured the Governor  as a AMBASSADOR OF NCWS. 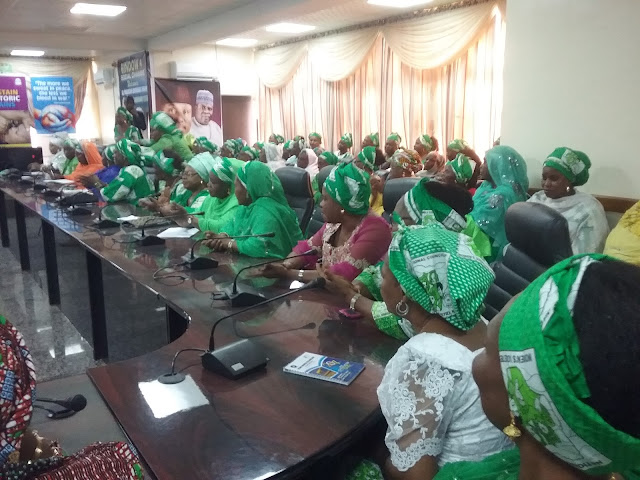 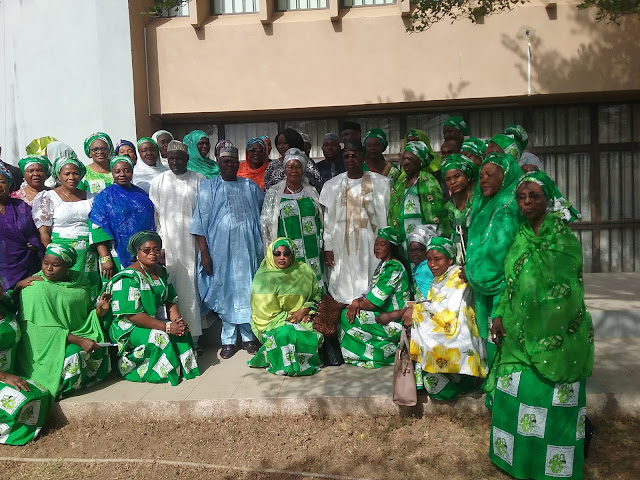