NEWS UPDATE:ADSG TRAINS OVER 700 WOMEN AND YOUTHS ON SKILL AQUISITIN 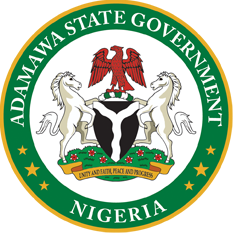 The Adamawa State Government  has so far trained over 700 Youths and Women  in various Skills Acquisition Programmes geared towards tackling the challenges of poverty and unemployment in the State .

According to him,, they started by training 60 Youths selected from the 21 Local Government Areas of the State on repairing of tricycles, this efforts he explained was in collaboration with an India company called Simba, a leading  manufacturer of tricycles.

This was followed by another collaborations with the Industrial Training Funds (ITF) where over 500 Youths and Women were trained on various skills such as jewelries and beads making, window and aluminum, handsets repairs, electrical appliances among others.

Audu added  that, the State Government have also procured some equipments such as diagonizer which once inserted into handsets will immediately dictate the faults and make it easy for the trainees to dictate the fault without any stress.

The Coordinators disclosed further that, the State Government in collaborations  with United Nation Development Programme (UNDP)are training  179 Youths from 3 North Eastern states of Borno,Yobe and Adamawa, who were carefully selected from the IDPs camps presently in yola undergoing training in various skills after undergoing rigorous test in Jos to ascertain their mental fitness and ensure that, they have no links with the insurgents.

On Government decision to revisit the Skills Acquisition and Technical Training Centres established by Nyako’s administration with the view to revive, admit and trained more Adamawa youths he noted that, the decision is taking on the overall interest of the state and inline with the governor campaign promises to provides employment to the people of the state.