Following the line of activities that are on going in 4 Local Government Areas and the State Capital in order to ensure a successful passage of the Bill on Gender Equality Opportunity GEOB that was presented to the Adamawa State House of  Assembly sometimes in December 2016, the Media Committee has however began to implement  one of it's 2017 Action Plan which is to hold meetings with Media Executives on the way forward.

Issues on  Gender Equality were clearly spelled out by the facilitators and the Media Executive's response were encouraging and positive.

During the Technical Session,  the stakeholders were grouped in to three.  Group 1 discussed on Gender and Equal Opportunity Bill. Group 2 discussed on Women and decision making and, Group 3 discussed on Implementation of UNSCR 1325. 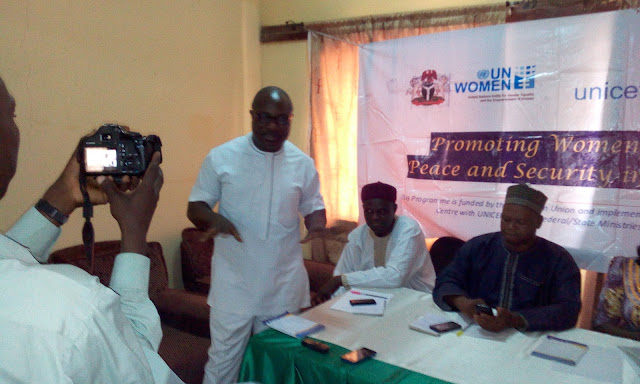 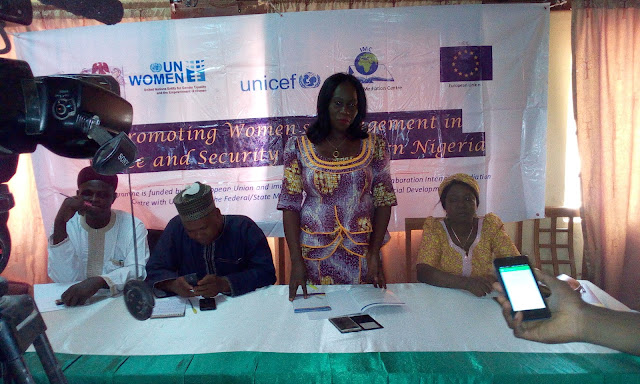 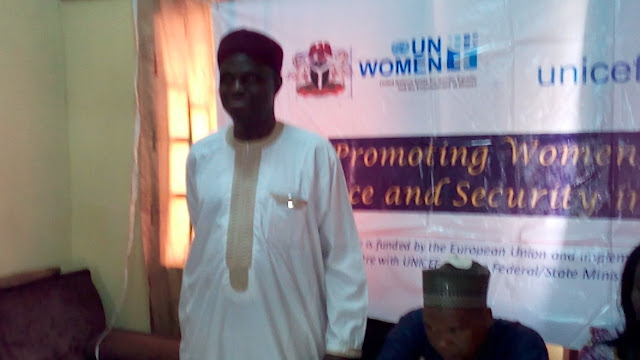