News:Declare State of Emergency on water in Adamawa – SSG 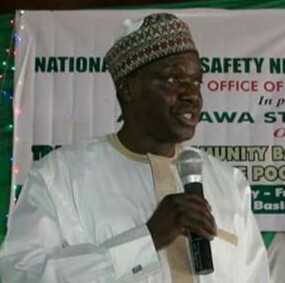 Secretary to Adamawa State Government (SSG), Dr Umar Bindir, called for the declaration of State of Emergency on portable water supply in the state.

Bindir, who made the call in Yola at the occasion of this year’s World Water Day celebration, observed that water was the greatest resources the state had, but lamented that 65 per cent of its citizens lacked access to clean water.

He said that the state government alone lacked the capacity to manage and provide clean water to its over 3.8 million citizens, hence the need for the declaration of state of emergency to involve other stakeholders.

He expressed concern over the dearth of qualified water engineers in the state, adding that there was need for government to direct state scholarship board to channel 50 per cent of its annual package to students reading water resources and engineering.

In his remark, Mr Julius Kadala, state Commissioner for Water Resources, said that only 35 per cent of the population of the state had access to portable water, adding that government is trying address the problem.

“Before we came to power in 2015, only 0-1 per cent of the budget was allocated to provision of portable water but it has now been raised to 8 per cent,” Kadala said.

The Commissioner said that the state had allocated N530 million in 2017 budget as counterpart fund to enable the state benefit fund from an European Union intervention on water supply.

Recalled that , in 2016 the state government had declared state of emergency on Health and Education.