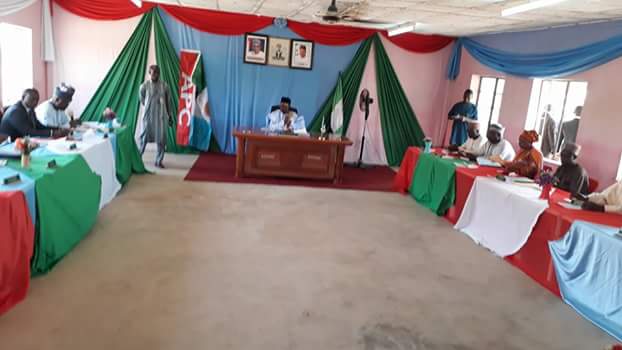 The Adamawa State Executive Council have approved the sum of N 70m (Seventy Million Naira) in order to  facilitate the  accreditation of Courses  by the College of Agriculture Ganye  and other structural  requirements of the College.

This was diaclosed  at the end of the Nineth State Executive Council Meeting and Third in series to be held outside the Council Chambers of the Government House Yola  presided over by Governor Muhammed Umar Jibrilla at College of Agriculture Ganye.

The Council also discussed and deliberated on issues relating to payment of Taxes and Development Levies as well as  developmental programmes of the present government.

Governor Muhammed Umar Jibrilla  and Members of the State Executive Council also  commissioned a Water  project at General Hospital Ganye where the Governor described Water as a  basic necessity of life and promised to provide other social amenities to the people of the Ganye  Chiefdom.

The Governor accompanied by the  Members of the EXCO  inspected the  on going 6.5 Kilometres of road network construction in Ganye Township  and urged the  contractor to maintained standard and specification.

Governor Jibrilla also  paid a courtesy visit on the Gangwari Ganye His Royal Highness Alhaji Umaru Adamu Sanda at  his palace and  described Traditional rulers as Custodians of cultural values and commended the people of the area their peaceful coexistence with one another. 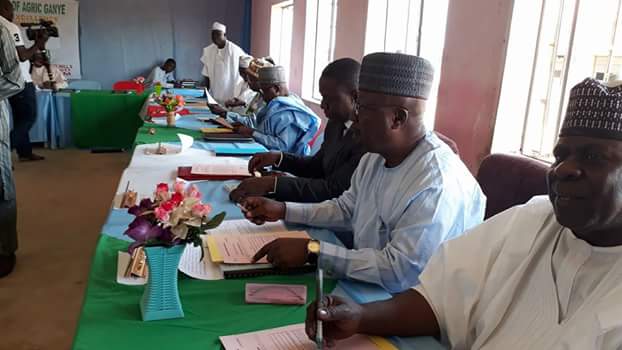