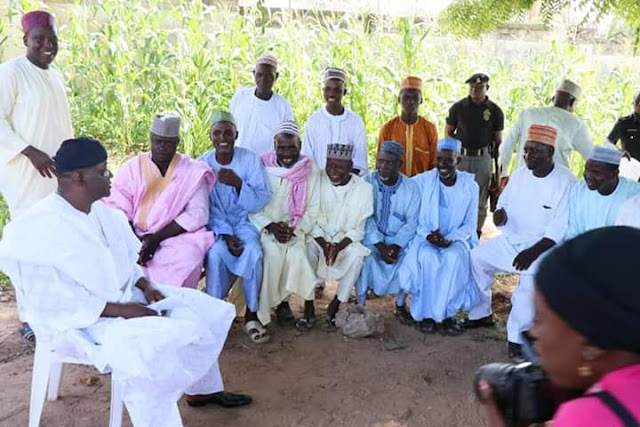 Deputy Governor of the State, Chief Crowther Seth received a delegation of Hausa/Fulani Traders' Community from Numan, who came to pay him a courtesy call and to congratulate him and the Governor on their election into office.

Chief Seth while addressing the group called on them to promote peace in the community through mutual respect. He described members  of their host Community as a peace loving people who just want to be understood. And he encouraged them to continue dialogue which remains the most potent tool in fostering peace as well as peaceful coexistence.

The Deputy Governor encouraged the group to integrate themselves into the Community and to report to any persons or incidences that may serve to breach peace to the authorities. He said that it will no longer be business as usual, as the Fintiri-led administration will not condone acts that will jeopardize peace in the State.

Again, he went down memory lane, recounting the cordial relationship between himself and members of the group which dates back to decades. He recollected how the people used to live in peace with one another while attributing it to mutual respect the various groups had for each other.

The delegation was led by Alhaji Bala Yusuf who extolled the kind virtues of Deputy Governor. He said that no politician of this repute has ever identified with them. He pledged the support of his members and the Community at large to the Governor Fintiri-led Administration. 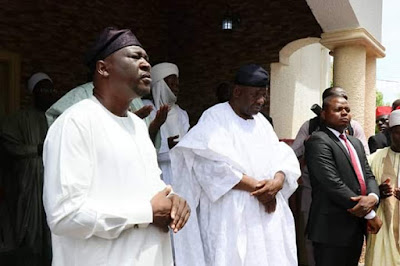 The Deputy Governor later led the delegation to the residence of Governor of Adamawa State, RT Hon. Ahmadu Umaru Fintiri to condole with him over the recent demise of his father and to pay him sallah homage.
00:38
adamawadailyreport@gmail.com
News
Email ThisBlogThis!Share to TwitterShare to Facebook