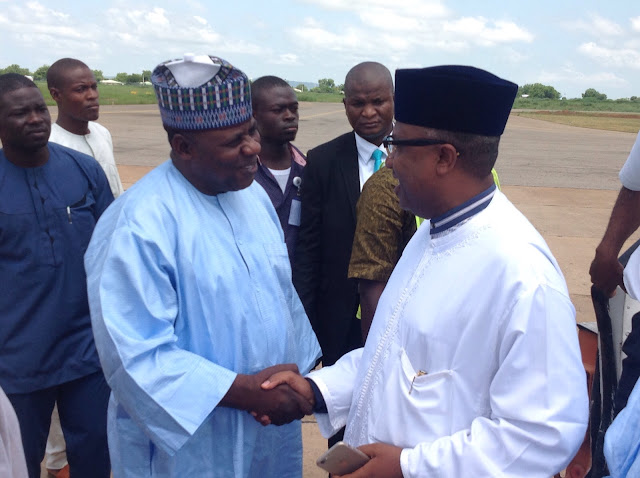 
Farmers in Adamawa state have been assured of  state Government support and cooperation  at all times. Governor   Muhammed Umar Jibrilla who made this known when  members of All Farmers Association of Nigeria  (AFAN) Adamawa state branch led by  their Chairman  Mr Venantus Abbot Jeddere paid him a courtesy  visit at  his office .

In his remarks the Secretary to the  state Government  Dr Umar Buba Bindir  revealed that Adamawa state Government  intend to  support Women groups  with about Two billion Naira and promised  that the gesture  will be extended  to  all farmers associations in the state with support from from the CBN.

Also in his contributions the Commissioner, Ministry of Agriculture  Dr Waziri Haruna Ahmadu explained that  his Ministry  has come up with Twelve points  action plan for the benefit  of farmers  in the state . He however assured farmers  of Adamawa of Government support by providing  adequate supply of fertilizer and other farming  implements.

Earlier in his speech . The state Chairman  of AFAN  Mr Venantus Abbo Jiddere told Governor Muhammed Umar Jibrilla  that they were at Government House to congratulate  the Governor over his inauguration as the executive Governor of Adamawa state.

The Chairman solicited state government support by re-activating Agricultural Extension Services as well as to teach their members on modern farming techniques  so as to yield results.
09:36
Adamawa Daily Reports
News
Email ThisBlogThis!Share to TwitterShare to Facebook