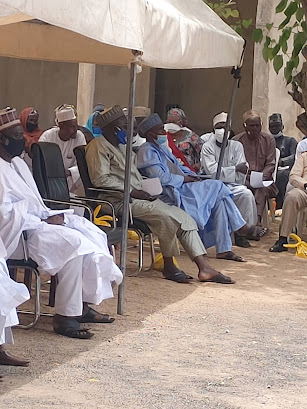 Forty six out of one thousand, one hundred and sixty nine intending Pilgrims from Adamawa State who paid for the twenty twenty Hajj have been refunded their deposits.
In a welcome address, the Permanent Secretary and Executive Secretary of the Adamawa State Muslim Pilgrims Welfare Commission, Malam Salihu Abubakar explained that the recipients applied for the refund after Saudi Arabia authorities cancelled twenty twenty Hajj for international Pilgrims due to Covid-nineteen pandemic.
He said the Commission went round the twenty one local government areas to meet with stakeholders and enlighten intending Pilgrims to either roll over their deposits to twenty twenty one Hajj or apply for refund which some did.
Malam Salihu Abubakar said Adamawa State has collected deposits of over one billion naira from intending Pilgrims which made it the highest depositor with NAHCON in Nigeria.
He said collection of refund for now has been put on hold until after twenty twenty one Hajj. 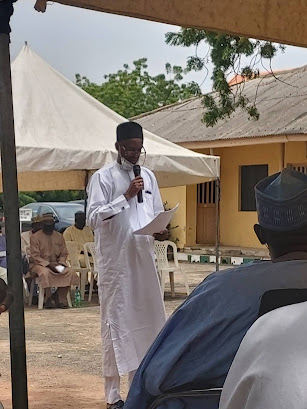 He expressed gratitude to the intending Pilgrims for twenty twenty Hajj for their patience and understanding.The Permanent Secretary and Executive Secretary assured those who rolled over their deposits to twenty twenty one Hajj of safety of their money with the Commission.
Dignitaries who attended the event presented bank drafts to those who requested for the refund among them representarive of the SSG, Bashir Ahmad, Chairman of the Commission, Usman Aliyu Marafa and representatives of ICPC, District head of Jimeta among other notable personalities.
In a remark, one of the recipients, Malam Yusuf Jalo commended the Permanent Secretary and Executive leadership of the Adamawa State Muslim Pilgrims Welfare Commission, Malam Salihu Abubakar for transparency and accountability in the discharge of his duties.
The event was attended by representatives of Security agencies, ICPC, NOA and Civil Society organisations iamong others in Adamawa.
Courtesy of:
Department of Public Communications,
ADSMPWC,
Yola.
August 13, 2020.
10:09
Adamawa Daily Reports
Email ThisBlogThis!Share to TwitterShare to Facebook