OPINION:THE VISION, ACHIEVEMENTS AND IMPACT OF THE FINTIRI LED GOVERNMENT ON ADAMAWA PEOPLE. 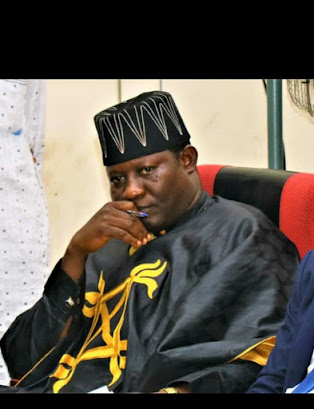 A lot has been said for and against the Government of Ahmadu Umaru Fintiri. Those that hate him see nothing good in what he does while those who love him sometimes keep quiet over the good things that he is doing. Some faults some of his ongoing projects due to their inability to understand what PLANNING is all about. It is a matter of importance that good governance entails planning ahead.

A lot of criticisms have cropped up, others have criticized the building of Flyover bridges in Yola, others have other plans other than what the government has. But one thing that the critics dont have is the knowledge of the cost implications of embarking on new projects like roads in Saminaka and other parts of the metropolis. Even old plans have been distorted, plans for water ways have been distorted and it is therefore unthinkable that the original plan can be implemented. If all the original plan is to be put into place, it will involve the demolition of thousands of houses and relocation of tens of thousands of people that inhibit the area. Careful planning therefore demands that various options but studied and the most viable chosen.

The Yola FLYOVERS are not a matter of aesthetics. It is a matter of need that would come up in the near future. The decision of the Government to embark on this project lends credence to the futuristic approach of issues that future generations do not have to face.

The police round about is probably the most complex roundabout linking five major roads at the same point. While we glorify that unusual setting, it has become of paramount importance that the road be decongested.  That is why when aesthetics couple with neccesity only a visionary leader takes this wise decision of putting the two together.

It would appear that some people are more interested in criticising the government  than looking into the future. Most of these people hardly remember the difference that the Numan bridge and the Jimeta bridge serve.
It is also a wonder today that many below the age of 30 consider the bridge to be a natural phenomenon. Most of them cannot believe that the bridge ease life for many, so it will be when in the next ten to fifteen years the growing generation will consider the FLYOVERS as just one of those things in their lives, while the older generation will fail to remember the gridlock that they NEVER saw because things were done in time.

Planning is what today's government has to do. A caring government looks into the future and finds a way of addressing issues before they arise. On this regard Governor Fintiri is taking things at the right pace for the future that awaits citizens of Adamawa State and visitors that would come to realise the beauty of Yola and the ease with which they can play the roads.

In a bid to solve other issue about road networks, the government has done a lot in the state capital and has extended to other   provincial areas of the state. Roads are being constructed  all over the state in that practically most local governments in the state have roads undergoing construction.

Along with this is the issue of rural electrification. The onlooker can see that the local electrification is either at his doorstep or getting closer. In areas like Madagali and Miichika, badly ravaged by insurgents things are beginning to take shape due to the timely intervention by Governor Fintiri who has reconnected them back to the National grid.

Today, the health sector has not been left behind . Hospitals are being upgraded and new gadgets brought in. New cottage hospital have been approved for Lamurde, Girei,  Gombi and Shelleng local Government ( a local government long neglected by successive governments).

In another vain, the  Agro sector is being paid attention to by the government that has decided to bring in inputs that would help farmers to improve on their productive capacity both in rainy and dry season farming. Agriculture which is the mainstay of most families in Adamawa State is of Paramount importance, more especially now that rice farming and the cultivation of Soya beans is a major source of income to many.

The Government of Adamawa State is moving in the right direction. It is putting the people in the right part of economic progress such that in the next few years,  Adamawa will cease to be a civil servants state but a state of self employed youth that can power an economy that would sustain, feed and ensure that poverty is eradicated.

This is the Fintiri vision and the dream of the up coming generation that would live to remember a Government that enable them to create wealth without relying on government services.

Kushi is the Chief Press Secretary to the Deputy Governor of Adamawa State and writes in from Yola.