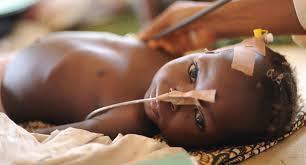 The Society for Family Health (SFH) has called for a stop in the wastage of anti-malarials, Artemisinin Combination Therapies (ACTs) in the treatment of non-malaria fevers.
It said that most fevers being experienced by individuals are no longer malaria but presumptive treatment of malaria is still prevalent in the country.
At a media Roundtable Discussion of Malaria Diagnosis last week in Abuja, the Programme Analyst, SFH, John Ocholi, who applauded Nigeria’s efforts towards eliminating malaria, said that only about 5 percent of Nigerians presenting with fever in urban settings, have malaria.
He called for strict compliance with the World Health Organisation (WHO) recommendation on the use of Rapid Diagnostic Test (RDT) for malaria within 15 minutes before treatment.
Also in his remarks, the Head of Case Management, National Malaria Elimination Programme, Dr Godwin Ntadom added that fever is one of the clinical presentations of malaria and WHO recommends parasite-based diagnosis of malaria before the commencement of treatment.
`He said, “The Malaria Elimination Programme is monitoring and at every primary healthcare, they expect cases of malaria to be tested using RDT and positive result should be treated using artemisinin-based combination therapies (ACTs).
“There is need to diagnose properly before using ACT because there is no other effective anti-malaria drugs, especially for children under five years. 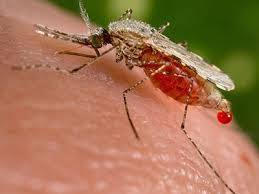 Ntadom said that there was need to educate patients before administering ACT, stressing that physicians and health experts should go for refresher courses yearly to get updated on RDT.
He said, “The new policy therefore recommends that all suspected fever be confirmed with the use of microscopy in the hospital or simply with RDTs”.
Meanwhile, the Society for Family Health said it has distributed over 58 million insecticide treated nets across the country.
08:10
Adamawa Daily Reports
Opinion
Email ThisBlogThis!Share to TwitterShare to Facebook