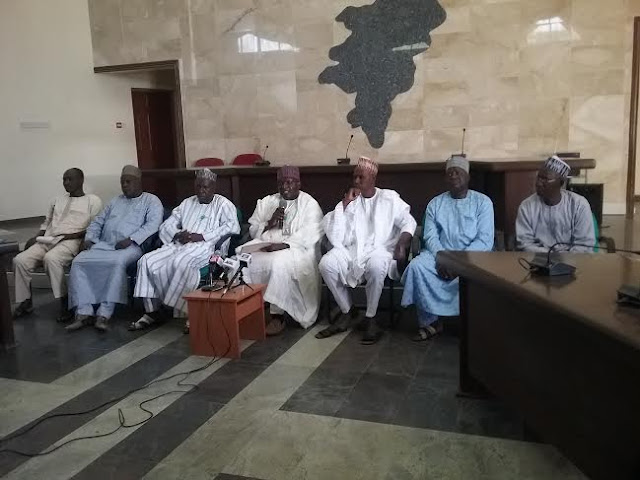 The Adamawa State Ministry of Agriculture has concluded plans to scale up dry season farming. This was disclosed by the Honourable Commissioner of Agriculture Hon. Waziri Ahmadu at a Press Conference organised by the Ministry today being the 11th day of September 2015 at the Government House, Yola.

Hon. Waziri said that the ministry is currently handling a twin issue of insurgency and flood which has caused a great disruption of farming activities in the state, hence the need to scale up dry season farming especially to the Local Government Areas faced with activities of the insurgents. He also pointed out farmers who lost their farm produce as the result of the lengthy flood this year too will benefit from the dry season farming programme.

The Commissioner stated that Government will disburse the funds through cooperatives organisations and Micro Finance Banks to the farmers in all the Twenty-One local government areas with a view to supporting rural farmers in order to provide food security to the state.
He said government will organise     Agricultural market in the state with the aim of enhancing economic growth and development so as to strengthen the linkages.

He also disclosed that N283 million has been secured by the ministry in respect of the programme out of which N13 million will be allocated to each of the 21 LGAs of the state.
Recently, the ministry has ordered for the supply of 25 metric tons of assorted fertilisers at N3.750 billion and have received 5,000 tones.
The flag-off for the distribution of the procured fertilisers is said to commence on Saturday 14th November, 2015.
The product will be distributed to farmers at subsidized rate in all the 6 stores located at Yola North, Yola South, Mayo-Belwa, Numan, Hong, and Song Local Government Areas of the state.

Reacting to this development, the Honurable Commissioner for Information Comrade Ahmad Sajoh urged the members of the press to discharge their duties effectively by producing positive report to the general public.
07:05
Adamawa Daily Reports
News
Email ThisBlogThis!Share to TwitterShare to Facebook