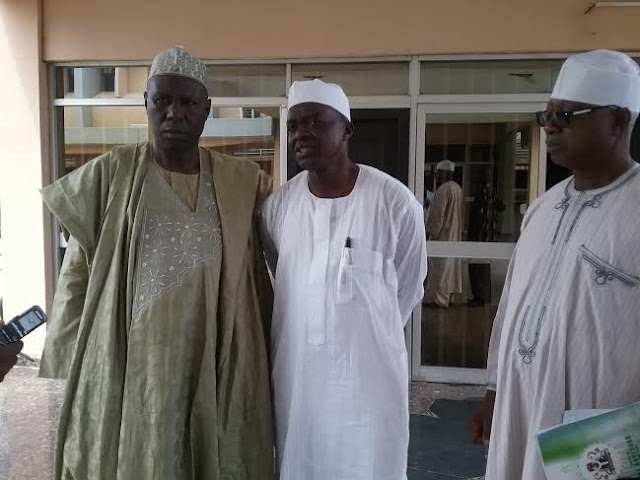 The Adamawa state Government  is to organise a  Town Hall Meeting with relevant  stakeholders  to educate them on various  means through  which they can improve  their security consciousness.
The Secretary to the State Government Dr Umar Buba Bindir who  stated  this today shortly after  attending  a meeting  of a sub- committee  on security  set up to iron out modalities  on the Town Hall Meeting  to hold at Government House.
Dr Umar Buba Bindir  explained that the  Town Hall  Meeting  scheduled to  hold  at the  Banquet  Hall of the  Government House Yola  on Monday 23 of November,2015.is basically aimed at increasing awareness  on the  stakeholders to actively engage in community  policing as a way of complementing the efforts of the  security  outfits. He said  the participants will be  drawn from various leadership of public systems including security outfits,Schools,  Unions, Women and Youth groups as well as Traditional  institutions.
While  reiterating the desere of government  to make the state  a very powerful  one.
The SSG therefore called on all the invities  to make themselves available so as to tap from the presentations  that will be delivered by security experts during the  Town Hall meeting .
Also  corroborating, The Honourable Commissioner ministry of Information Comrade Ahmad Ibrahim Sajoh said  government also plans to make use of the various media  organisations  in order to  reach out to its  teeming populace with several security tips as they carryout their lawful business.
07:53
Adamawa Daily Reports
News
Email ThisBlogThis!Share to TwitterShare to Facebook