NEWS: AHMAD SAJOH ASSURES PHCDA OF SUPPORT TO MOBILIZE THE CITIZENRY FOR EFFECTIVE MEASLES IMMUNIZATION CAMPAIGN IN THE STATE 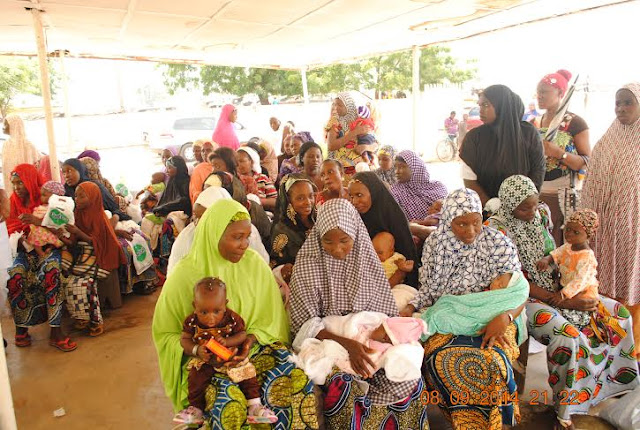 The  Commissioner  of  Information  Comrade Ahmad Sajoh assures the Director Disease Control, Dr Baryam Bwalki of the  Primary Health Care Development  Agency of  support for  the Measles  immunizations  campaign  in  the State which comes up on 21-25 November 2015.

The  assurance  was  made  when Dr Bwalki paid  an advocacy on the Hon Commissioner in his office, to solicit for  support in mobilizing  the  citizenry and to bring awareness on the  purpose of  the immunizations campaign  for  children between 9 months to 59 months  in the  State

Earlier,  the Director told the  Commissioner that  measles is among the 10 top child killer diseases, and  that  his Angel has prepared to vaccinate 696,674 Children. The programme  is expected  to kick start  from Yola North Local  Government  with the wife of  the  Governor flagging the event  on.

Dr Bwalki  further  revealed  that  campaign against  measles in Nigeria started in 2005 and it is  repeated after every  two years  to accommodate  children  in between  the  period.He said  the  last  campaign in the State took place  in  2013.

The  Commissioner expressed happiness  on the  partnership between the  Health sector  and  Information  to resolve important  health  situation  in the  State. He said the Ministry of Information  is being reinvented to meet up with the  ongoing  technological transformation  in the  sector, consequently, he added that  the  Ministry  has gone Internet with a blog that reports all government programmes and activities in the State. He said the Ministry has costituted teams to monitor Socal media such as Twitter, facebook and to further  enrich their  contents with accurate and  adequate  information on the  State.

The Commissioner  also appealed to the citizenry  to support  government  drive towards  improving  internally generated revenue,he said an Agency  has been  contracted to design strategies on how  more revenue  can be generated  in the State
08:13
Adamawa Daily Reports
News
Email ThisBlogThis!Share to TwitterShare to Facebook