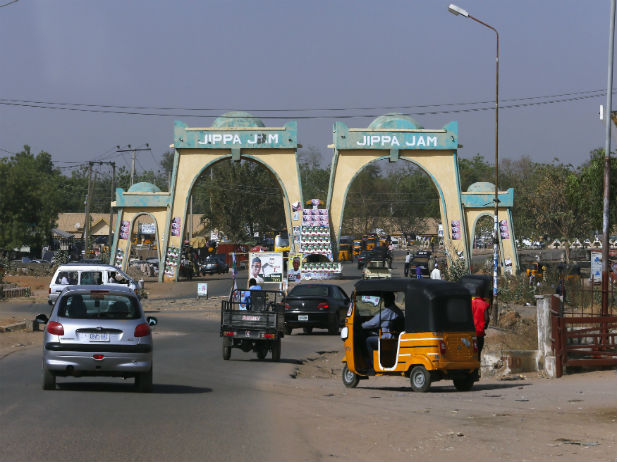 Parliament in Bekaji,Yola a popular joint was yesterday smashed down resulting to hundreds of youths taking over the major streets demonstrating what they described as selective demolition of beer joints in the state capital. The Youth barricaded the entrance of the Urban Development Board the authorities that pulled down relaxation joints at Bekaji.

The protest which started from Bekaji estate and spread to other parts of the state capital almost snowballed into bloody clash when the peaceful demonstration was  joined by some civil servants that their bailout is yet to be paid.

The arrival of six police trucks led by the Karewa command Divisional Police Officer (DPO) chief superintendent of police Mr. A. Adama , saved the situation.The DPO who directed the staff of Urban Development board to stop the destruction until the police conclude investigators lamented that the agency embarked on such exercise without informing the police .

The Acting General Manager of Urban Development Board Engr. Tumba Tumba, while commenting on the sad development said that all the buildings built illegally will be destroyed. The youths in Bekaji through their leader Mr. John Zakari, accused the government of working against the people of Bekaji.