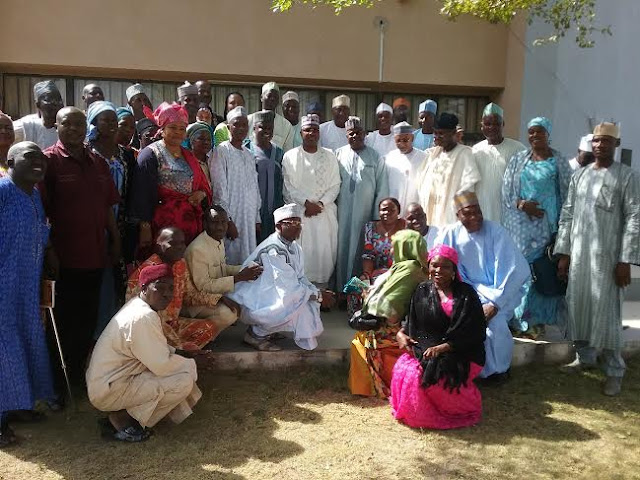 By: Yunusa Abdullahi
Governor Muhammed Umar Jibrilla says Education is the top most priority of his administration.
The Governor stated this when members of the set 80's of  Government  Secondary school  Hong led by  Barr. Riki Taraba (SAN) paid him a courtesy visit at Government House Yola.
Governor Jibrilla said Transparency and Accountability is the cardinals objective of his administration; he explained that  his Government is determined to  transform  Adamawa state by bringing changes  that  will  affect the  ordinary people  at the grassroots, and thanked  members of the Government  Secondary school Hong  set 80's for their visit and assured that he will uplift the  Alma-mater  of GSS Hong  Old Students Association to the  greater height. 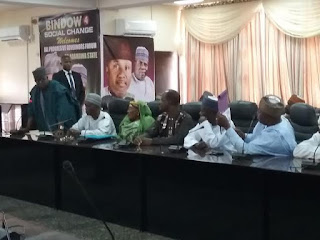 The Governor also  said that  his government  has embarked  on infrastructural of development  in the state such as  Roads, Education, Health  Care delivery,  Agriculture  as well as Youth  Empowerment, stressing that  GSS Hong  will be giving  a new face lift during his tenure.
Earlier the leader of the  delegation  Barrister Riki Tarfa (SAN) had told Governor Muhammed Umar Jibrilla  that members of Government Secondary school Hong  Old Students Association  set 80's were at Government House Yola  to congratulate him over his successful inauguration as Governor of Adamawa state and also to  show  their  brotherliness  and comradeship to Governor as members of  their  Alma-mater. 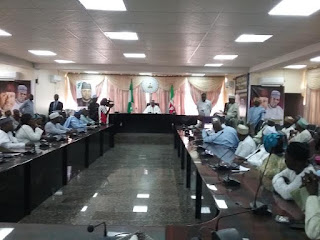 Barr, Riki Tarfa then advised the Governor to be God fairing and to respect the rule of Law in the discharge of his responsibilities in order to forge Adamawa state ahead.
He assured the Governor of total support and cooperation of all members of the Alumni and solicited for the rehabilitation of the GSS Hong which was destroyed by insurgent activities.
04:01
Adamawa Daily Reports
News
Email ThisBlogThis!Share to TwitterShare to Facebook