By: Catherine Philip Jelani
It could be recalled that on Tuesday the 24th of November 2016, a joint Press Conference was conducted by Ministry of Finance and Budget and Ministry of Health at Government House Yola. This however was carried out in respect of the approval made by the Executive Governor of the state Sen. Umaru Jibirilla Mohammad to settle Health workers of their entitlements.
The Ministry of Finance has therefore followed a due process as expected and came up with the following discoveries that; It is on record that the last administration had employed 59 Nurses, 836 Junior Staff and has re-engage 58 retired Nurses into the State Civil Service in July and September 2015 respectively without any payments of salaries up to date, and that their names are not on the pay roll of the State government. 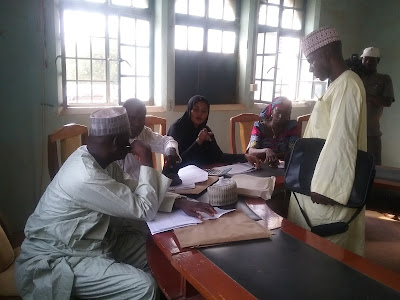 However, the total number of workers that will be paid is 952, while the approved and released amount for the payments is N360, 536,975.29 only.
In the same development, a verification exercise is in progress at the Ministry of Finance and Budget Head Quarters Jimeta-Yola after which they will proceed to Accountant General’s Office for further screening and data capturing. The Governor has ordered that table payment be made to them.
In another development, the Governor has also approved that the two months salary arrears for September 2014 and July 2015 for Primary Health Care workers be paid starting from Monday 30th November to all 21 PHC Authorities in the state. 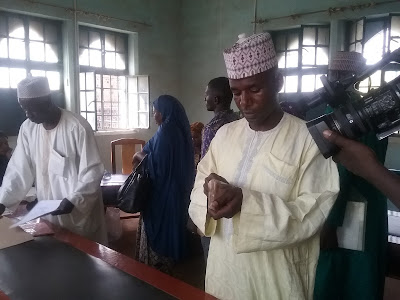 Mrs Rhoda Zira Yohanna, the Chairman of Yola South Pay Point in an interview commended the patience and the conduct of the workers. She urged them to be law abiding and corporate with the government so that the exercise will be successful.


"These people are our Health workers thier right cannot be ignored". It is in this regards that the present administration is doing it’s possible best to ensure that this anomaly is corrected she said