Home » News » ENVIRONMENT: My joy today is that Adamawa State Government has taken another dimension towards tackling of environmental issues- Mr Barnabas Pata

ENVIRONMENT: My joy today is that Adamawa State Government has taken another dimension towards tackling of environmental issues- Mr Barnabas Pata 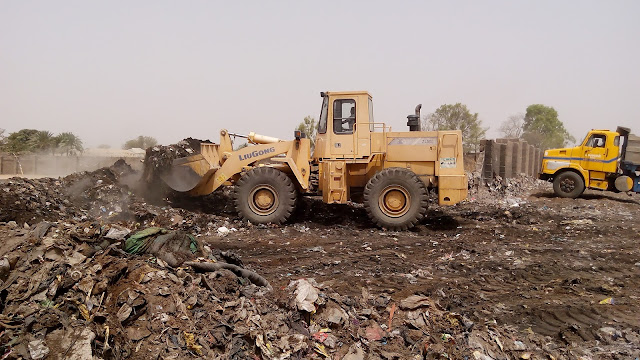 
Administration of Governor Bindow, has shown a serious commitment on evacuating of heaps of refuse dumps both within Yola North and Yola South. The exercise had on 26th February 2016 took place along Chiroma Street, Tongoshi under Mbamoi Ward of Yola South and in Bekaji of Yola North.

The Permanent Secretary, Ministry of Environment Mr Barnabas Pata who went round to supervised the exercise, said he was highly delighted in what the present Administration is doing via Ministry of Environment. "I have passion in working among people most especially the masses, poor, and those that need Government assistance by so doing you are putting smiles on their faces" Barnabas said. 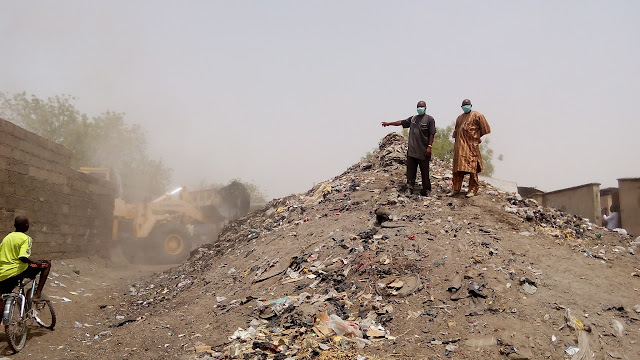 According to him he is very happy seeing that the present Administration has put smiles on people faces, by evacuating the heaps of refuse that stayed for period of years. "My joy today is that Adamawa State Government has taken another dimension towards tackling of environmental issues"

Similarly regarding monthly sanitation exercise the Government should make it statutory and adopt it as a law but not just a policy. And not only because of the cleanliness but also for the people to feel the impact of the Government, and is also a way of telling people that Government cares about their health.

Pata said that the monthly sanitation cleaning culture of the people in the area and the State in general had been protecting them from any major diseases and epidemic.

He therefore concluded by calling on Non Governmental organisations, the public to imbibe the habit of keeping their Environment clean. And they should collaborate with State Government to move the State forward. We  the people are the Government he added. 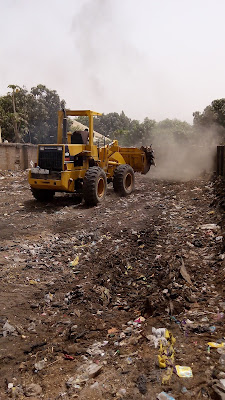 Earlier on the Ward  Head Babayagi Ardo of Tongoshi under Mbamoi Ward. Who said he is over joyous when the called him out that some people are here to evacuate the heaps of refuse dumps in the area. Ardo said this is what we the masses are expecting from Government. 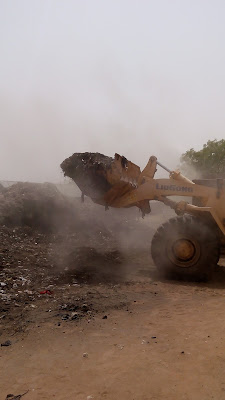 " This heaps of refuse has been the major problem of my people, for years we have been waiting for Government, to come down to our rescue but thank God we have seen the change today. We are happy my people are smiling too" Ardo said.

Babayagi therefore, urged the State Government to ensure proper evacuation of refuse cleared after sanitation exercise and make sure that the waste from people houses is being Evacuated at least once a month.
21:39
Adamawa Daily Reports
News
Email ThisBlogThis!Share to TwitterShare to Facebook