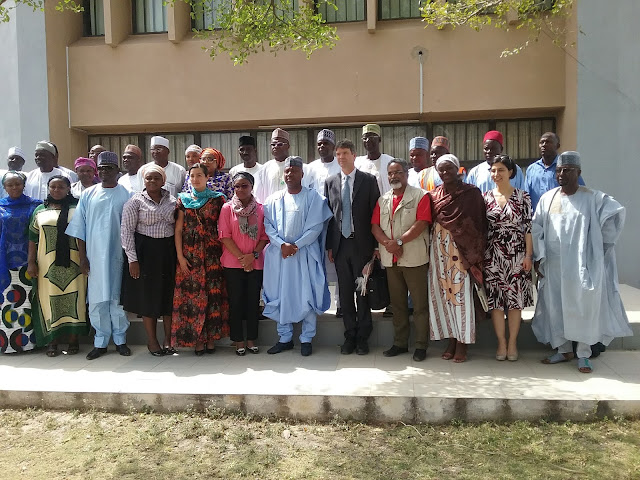 By Yunusa Abdullahi
President  Muhammadu Buhari have been commended for his determination  in check mating the  activities of insurgents  in the North East of the country.
Governor Muhammed Umar Jibrilla  made the commendation when he received a delegations  from presidency and other international  development  partners for the North East region  who  paid him a courtesy visit at Government House Yola.

Governor Jibrilla stated that, Adamawa state is among the  front  line states in the Federation  that had suffered the effects of insurgency and  said  government  priority is to ensure that the  people returns to their homes and leave peacefully  with  one another, assuring that the state is currently  stable from the  insurgency.
While  soliciting  more support and  assistance  from the  federal government to  enable  his administration  meet with  the  challenges  resulting from  insurgency,  the Governor  also  thanked members of the  delegation for visiting   Adamawa state  with the  aim of intervening to restore the  region.

Earlier the leader of the delegation  Dr Mariam  Mashall, senior  special  assistant to  President Muhammadu Buhari  on Internally Displaced persons  (IDPs) explained that the  current efforts of Adamawa state Government in improving infrastructure and enhancing unity  in line with the  mandate of the  development  partners to restore the North -East  following the  activities of insurgents  is commendable;
She also said that, the  mandate  of the delegation is to  interven   in  an comprehensive  manner  that  will help  the  federal   government  as well as  the  donor agencies  to restoring  the region  and bring hope to the people of the  area for the better. 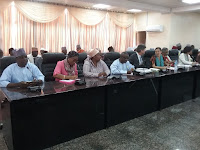 Also  contributing  the representative of the  European  Union  (EU) Mr Thomas  Hockey said the delegation  is working with  over Two  Hundred  Representatives from  both  government and  international  donor  agencies  to develop the states being affected by the insurgency, pointing out that  their visit  was to discuss  level of  bringing  soccour to the  victims.

He also said that  they were  encouraged  that the state government is  working in some areas of concern and stressed the  importance of  time  in the  intervention  process.

In his remarks the state project  coordinator  Mr Maurice Vunobolki  who introduced the delegation  to the Governor  said  the delegation  was  in response to  an intervention request  by President Muhammadu Buhari  for  the development partners to  support  and render all the necessary  assistance  needed  especially in the areas of  Health, Education, and Poverty Alleviation.

Mr. Maurice  Vunobolki however said that  strategic areas of  intervention  have been  identified  following  workshops  to educate  partners  on the mandate  of the  partners, assuring that  they will collaborate  to ensure  a holistic  impact  is created  so that the victims of the  insurgency  will not be  short-changed  while intervention is channeled appropriately.
02:13
Adamawa Daily Reports
News
Email ThisBlogThis!Share to TwitterShare to Facebook