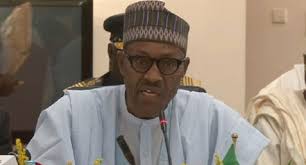 President Muhammadu Buhari has charged religious leaders in the country to do more to support the Federal Government’s efforts to transform the nation by enshrining the culture of good governance and overcoming the security challenges facing the country.

The President, who made this charge Sunday while speaking at the Eagle Square Abuja, venue of this year’s JIBWIS Annual Convention, noted that religious leaders have a duty to support the government in sustaining the current peace and tranquility being enjoined across the country.

Represented by the FCT Minister, Malam Muhammad Musa Bello, President Buhari commended the Jama’atul Izalatil Bid’ah WaIkamatis Sunnah for uniting the Muslim community through the preaching of Islamic tenets which stress the importance of obedience to constituted authority, good morals and the need for harmonious co-existence. He said their efforts have greatly enhanced the unity and socio-economic development of the nation.

The occasion which featured the official launching of the appeal fund for the building of an Islamic Centre by the group in the Guzape District of Abuja, had prominent personalities including former Governors and Ministers in attendance.
“There is no doubt that what we are witnessing today is something that is very important to us as Muslims and indeed to the community and society at large. We all have a duty to continue to support the leader of this group so that he can continue to do the good things that he has been doing for over thirty years”.

The President commended the past and present administrations of the FCT for giving priority attention to religious organizations in land allocations for the establishment of worship centres and schools for the proper grooming of the future leaders of this great country.

Buhari acknowledged that the establishment of the proposed Islamic centre by the Jama’atul Izalatil Bid’ah WaIkamatis Sunnah in Abuja is an important milestone which requires the support of all, adding that efforts should be made to ensure the completion of the project in order to enhance the educational development of the nation.

Earlier in his remark, the National Chairman of the Ulama Council of JIBWIS Sheikh Sani Yahaya Jingir said the proposed Islamic Community Centre will include a Mosque, Islamic School, Conference hall and guest quarters.
He called for prayers for the success of the President Muhammdu Buhari led administration and charged Muslim’s all over the country to support the on-going reforms aimed at making life better for the entire citizens of this country.