Home » News » News: International Women's Day Celebrations  has been Described as a  Week for Humanity  and National  Development.

News: International Women's Day Celebrations  has been Described as a  Week for Humanity  and National  Development. 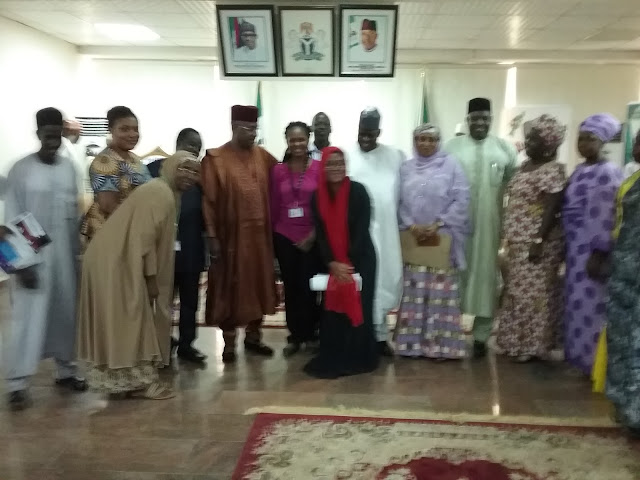 Governor Muhammed Umar Jibrilla who made the  assertion when the stakeholders of  various Women  groups  led by the  Honourable Commissioner ministry of  Women  Affairs and  social  development  paid a courtesy visit to him  at Government House Yola.The Governor stated that government is fully  aware about the   roles and contributions  of women   in the society, stressing that  societies  can not develop  without women.

The Governor assured that his Administration is  ready to partner with the International Women organisations for the successful  2016  celebration  in the state, He also  pointed out that  his government will  sustain the  relationship with  women groups and  other Non -Governmental Organisations  in the state, He  announced that  Adamawa state is  expecting about Fifty-six Thousand  Internally Displaced persons  in the couple of weeks to come from Cameroonian authorities and called on the  NGO'S  to assist  the government  by providing humanitarian assistance  to the Internally Displaced persons in the state. 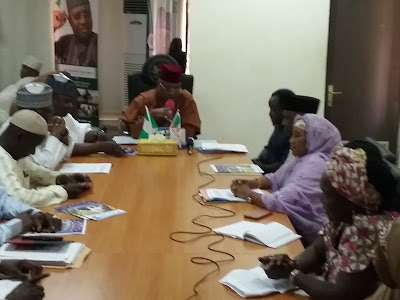 Earlier the leader of the  group  who is  also the Honourable Commissioner ministry of Women Affairs and social  Development Alhaji Aliyu Bello Tola said  they were at Government House on an advocacy  visit to the  Governor  as well as to  seek  Executive  support  for Women and Children  through the implementation  of United Nations  Security Council Resolution  1325.

He  said that the International Women's Day  is a day to reflect on the  progress made  to call for change and  to celebrate  acts of courage and  determination  by ordinary  woman  who have played  an extraordinary  role in the history of  their countries  and communities.
He  explained that the 2016 Theme for the International Women's Day celebrations  is "planet  50-50 by 2030: Step it up for Gender Equality. "

According to the Commissioner, the  United Nations  began celebrating International Women's Day  on 8th  March during international  Women's  year 1975 , and  Two years later in December 1977, The General Assembly  adopted a resolution  proclaiming  a United Nations  Day  for Women's  Right and International  peace to be observed  on any day of the year by Member States.

The Honourable Commissioner ministry  for Women Affairs and  social development  also explained that  World Wide  Women continue to  contribute to  socio-economic development, Cultural  and Political  achievement among others in the society.
He however  pointed out that  it is  as a result of  this global  reality that the Ministry of  Women's Affairs  in collaboration with  government  MDA'S,  Civil Society  organisations, Development  partners, Religious  Organisations,  United Nations Agencies  and the Media are soliciting  executive  support  on the implementation of of the United Nations  Security  Council Resolution  (UNSCR)1325, National plan of action for enhanced  empowerment  of women and increased protection of children.