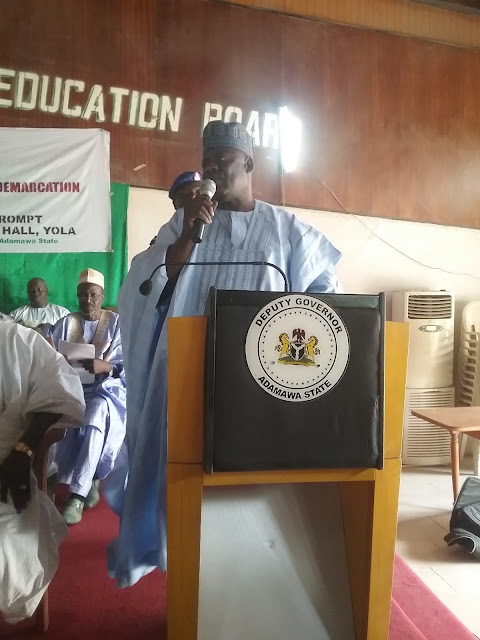 Today being 2nd March 2016. Adamawa State Government in conjunction with National Population Commission and some Stakeholders had a meeting on the Phase two of Enumeration Area Demarcation 2017 population and housing census, at the Universal Basic Education Board conference Hall Yola.

At the meeting his excellency Engr. Martins Babale, who is the special guest of Honour during the occasion called on the general public to understand the aims and objectives of this present Administration, which aims is to work for the masses.

Martins also called on the experts and Stakeholders to avail themselves for the demarcation process and applauded the efforts of National Population Commission and organisers of the occasion.

In the same vain the commissioner National Population Commission Mr David Ngarvwa called on the every individual to know the importance of this exercise. He also called on them to cooperated with officials during the demarcation exercise.