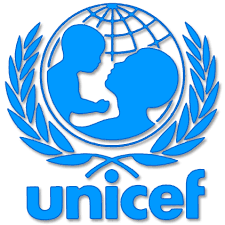 UNICEF has tasked media practitioners in Adamawa on the need to play key role on problem of malnutrition affecting over 30, 000 children in the state.

The Communication Officer (Media and External Relations), Mr Samuel Kaluu, made the call Monday in Yola at the opening ceremony of a one day workshop on Media Orientation on Nutrition Intervention in Adamawa State, organized by Adamawa State Primary Health Care  Development Agency  in collaboration with UNICEF Nigeria  Field Office, Bauchi.

Kaluu said that the media has a vital role to play in enlightening the public, particularly mothers of malnourished children  of the availability of Community Management of Acute Malnutrition centers to cater for their children.

"As journalists, you are in a better position to raise awareness," Kaluu said.

Also speaking at the workshop, Mrs Philomena Irene, a nutrition specialist with UNICEF, said 34, 000 children are suffering from acute malnutrition and that was why UNICEF and Adamawa Government were working to check the problem with the about 60 of such centres  opened in the  state.

Irene also said that research has shown that about 82 per cent of Adamawa mothers were not practicing exclusive breast feeding which constituted one of the reasons for the malnutrition cases.
23:32
Adamawa Daily Reports
News
Email ThisBlogThis!Share to TwitterShare to Facebook