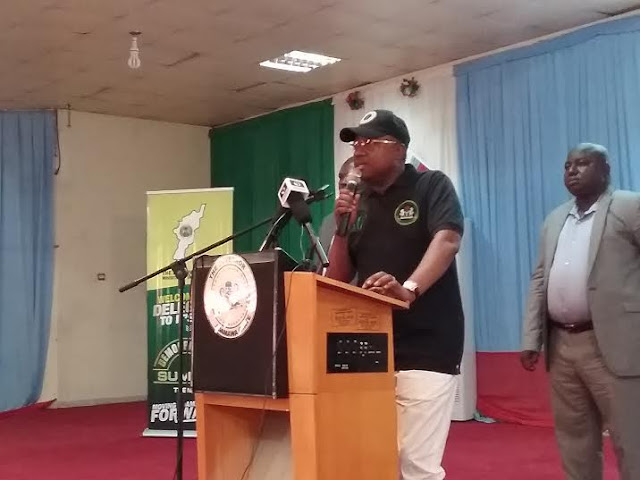 While  addressing the  gathering, the Governor said "The major reasons why  we invited the Adamawa  indigenes  for this short  programme is  simply  because  to show this administration's commitment  for Transparency and Accountability  to the people of the state, what we did for the past one year  speaks alot  of volumes , but this administration honestly  is for the masses of  this  state  and I want to  urge everybody  present  here to ask any question about  this government."

He appreciated those that  honoured  the invitation  for the summit  especially  the  Adamawa  Elites and the  Royal  fathers. He also  explained that  his government has constructed  about Seventy  Township  roads  network in state  capital as well as in Mubi Town  while construction  work will be extended  to Numan  and Ganye  Local government areas  as well as Kiri -Shelleng road would soon be commence  as designed by  his administration. 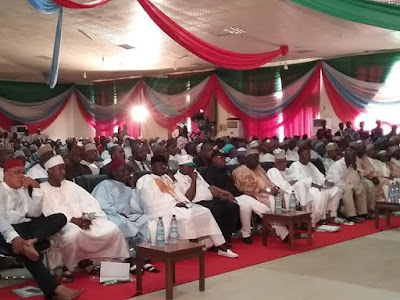 Governor Muhammed Umar Jibrilla  however  commended the  people of Adamawa  for their support  and cooperation  giving  tohis administration  and hope that the tempo  would be  sustain.

In a key note address, the Chief of Staff Government House Alhaji AbdurRahman Abba Jimeta  said  the present administration under Governor Muhammed Umar Jibrilla has fulfill  some of its campaign  promises to the electorates  and urged the  people  to  continue  to give  their  supports and cooperation  so that the government  would  deliver  democracy  dividends to the masses at  grassroots.

According to the  Chief of Staff the present  government is poised to  ensure that  Adamawa state  developes and also to  compete with  other  states  in terms of development. 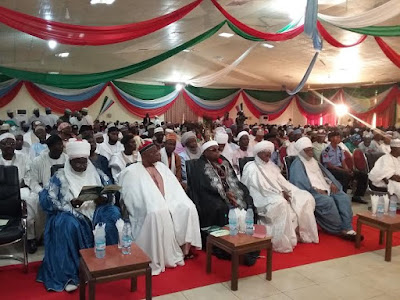 Similarly, in a screen presentation by the  Secretary to the State Government Dr Umar Buba Bindir  enumerated some of the remarkable achievements recorded by Governor Muhammed Umar Jibrilla  in the last  One  Year while  in office  which includes the provision of Roads infrastructure, Education, Agriculture, Health Care delivery ,Poverty alleviation,  as well as socio-economic development of the state during the past  One year in  office.

In their  good will messages, the Deputy  Speaker  Hon. Peter Sunday who represented the  members of the State  House of Assembly, The  Lamido Adamawa His Royal Highness Dr Muhammadu Barkindo Aliyu Mustafa,  the state Chairman of  APC Ibrahim Bilal, Distinguished Senators Silas Zwingina and Jibril  Aminu, Alhaji  Ahmed Joda , former head of service  of the Federation  Alhaji  Sali Isa  among others  have commented  Governor Muhammed Umar Jibrilla for his giant strides  by  ensuring that  Adamawa state  has  change for the better.

Earlier in his welcome address  the  Honourable Commissioner ministry of Information  and Strategy and the cheif host of the  summit  Comrade Ahmad Ibrahim Sajoh  had welcome  everybody that attended the  summit  and solicited for the support and cooperation  of the entire people of Adamawa state  in order to  enable the  Governor  forge ahead with  his developmental  policies and  programmes  to the detrimental  of the common man.
06:50
Adamawa Daily Reports
News
Email ThisBlogThis!Share to TwitterShare to Facebook