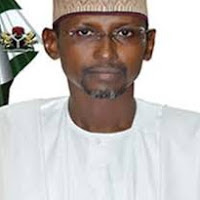 Monjel made this disclosure on Friday, shortly after he led members of
the Task Team on a “show of force” of its security personnel at the
Jabi and Wuse Districts of Abuja.

The Chairman, who reiterated that the time for sensitization for the
beggars and street hawkers to leave the Federal Capital City had
elapsed, noted that his team was going all out against offenders to
completely remove them from the streets of Abuja.

According to him, “We have already given them the benefit of the doubt
and now the time has elapsed. What is left now is to enforce the
relevant municipal laws. Anybody we arrest will be taken to court and
prosecuted accordingly”.

His words: “If somebody refuses to comply with the rules and
regulations based on what we have said, then we will arrest the person
accordingly”.
Monjel stated, “As a matter of fact, we don’t want hawkers and beggars
within the city centre of Abuja. They should keep away from the
streets of Abuja. Anybody that wishes to come out, we are ready for
the person as we will take him/her to court where he will be
prosecuted and taken to jail.”

Speaking on the cleanup campaign it carried out on Friday, tagged
“show of force exercise”, the Chairman said it was essentially to tell
the public that the Task Team was equal to the task and would arrest
whoever fails to comply with the directives as stipulated by the Abuja
environmental laws.

The Chairman also disclosed that the Team has started sensitization
for operators of Keke Napep, unpainted taxis and motorcycles; adding
that when their time expires, they too will be removed from Abuja
streets and for the Keke Napep would be restricted to the very large
estates.

According to him, “the phase two is Keke Napep; then unpainted taxis.
However, we don’t want to start with unpainted taxis Keke Napep riders
now. We want to give adequate time for sensitization so that by the
time we start impounding, nobody will say ‘I didn’t know’.”