Home » News » NEWS: A Call to Invest in Power Sector for the Development of North East Sub-Region ...By Governor Bindow

NEWS: A Call to Invest in Power Sector for the Development of North East Sub-Region ...By Governor Bindow 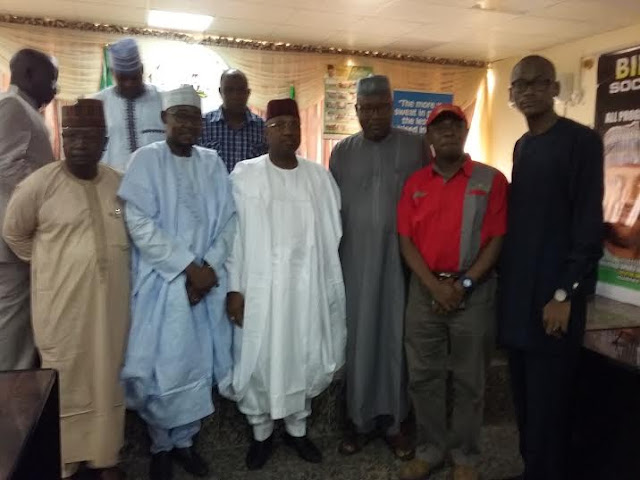 By Yunusa Abdullahi
People  from the North East  sub-region  have been  called upon to  invest in  power  sector  for the overall development of the  region. Governor Muhammed Umar Jibrilla  made the call  on the 9th of June 2016 when  he granted in audience to a delegation from  Niger - Delta Power Holdings Company  (NDPHC) led by its Executive Director Corporate Affairs Alhaji  Mijinyawa Sani Labaran   at the Council Chambers of the Government House Yola  recently.

The Governor explained that  without  power energy,  there could be  no any meaningful development in the  nation. However,he urged stakeholders from the North East to per-take by buying shares  into the company.
He assured that  as a board member of the NDPHC he will work hard to  ensure that  the  interest of the  North East  are being protected fully in the company. 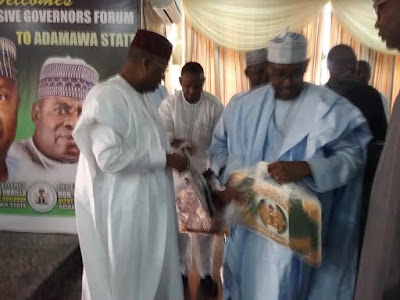 The Governor also explained that  in terms of security, Adamawa state is very stable and calm. He commended President Muhammadu Buhari for his efforts in maintaining peace and security in the  insurgency ridden  states.

Earlier on, the leader of the delegation  Alhaji  Mijinyawa Sani Labaran who represented the  Managing Director and Chief  Executive  of the Niger -Delta Power Holdings Company  Mr James Abiodun Oluwotu said; the delegation was in Adamawa state to register good will of the Managing Director of the company  and to congratulate Governor Muhammed Umar Jibrilla for his successful One Year  in Office  as the  Governor  of Adamawa state and  also to  intimate the Governor  on the  presence of the Niger Delta Power Holdings Company  in the state  which the Governor  would be inaugurated  as a Board member. 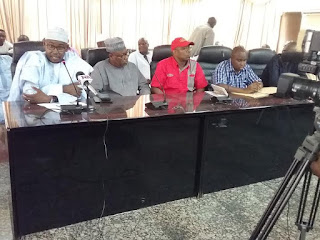 He explained that the Niger Delta Power Holdings Company  is a limited  liability  company  which was incorporated  and duly owned by the Three Tiers of Government that is both the Federal, State  and Local Governments.

He also said that the  purpose is to  fast track intervention  in the  provision of  electricity  in the country. He further explained that the NDPHC  has so far been  able to construct  about Ten  Medium size Gas powered Power Plant as a result of  the closeness  of the  power plant with the source of Gas in the country, adding that about Eight  Power Plants  have been completed  and commissioned  while the  remaining two  will be  completed by the  first  quarter of 2017. 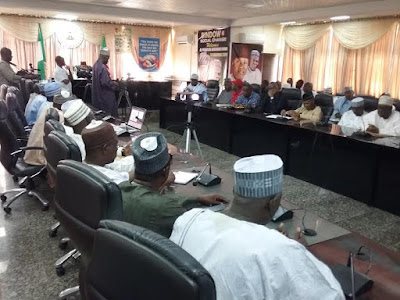 Alhaji  Mijinyawa Sani Labaran however explained that in Adamawa state, the NDPHC  has intervened in the distribution of project of electricity which includes : 1×7.5MVA injection sub station with Eleven CSP Transformers  at Old power house in Jimeta, Mubi, Numan  as well as State Polytechnic Yola.

According to Sani Labaran, the NDPHC has under taken the rehabilitation of 26.5 kilometer of Jabbi Lamba --- Malabu  33 KV line with Two numbers of 300KVA,33/ 041.5KV distribution  transformers , adding that  rehabilitation of  29 Kilometers of Konan Dumne --- Dumne Dirma 33 KVLine  with Three
500 KVA,33/ 0.515 KV distribution  transformers  in Adamawa state. He however  pointed out that  in the North East  sub region,  the NDPHC  had  also intervened  in more than Twenty  different  power projects in the  region.
08:00
Adamawa Daily Reports
News
Email ThisBlogThis!Share to TwitterShare to Facebook