NEWS: Discharge your duties with transparency and accountability- Governor Bindow 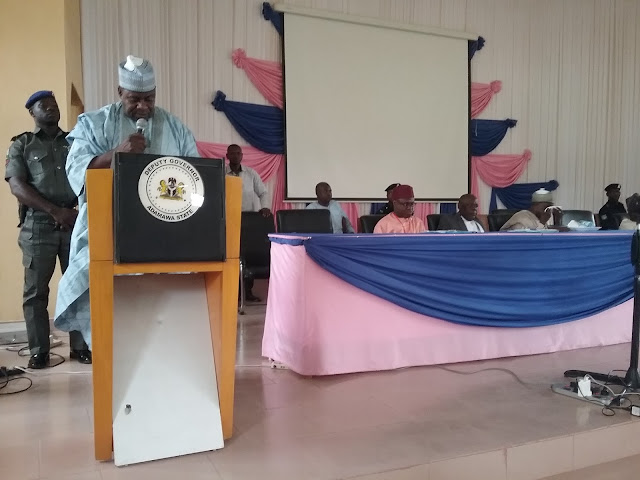 Public  Office holders in Adamawa state have been called upon to be  prudent, Accountable, and Transparent  in the discharge of their official responsibilities while in office.

Governor Muhammed Umar Jibrilla gave the charged while  declaring open a Two Days  Retreat for Honourable Commissioner’s, Permanent Secretaries and Special Advisers  organised by the state government.
The Governor  who was represented by Deputy Governor Engr.Martins Babale said the  main objectives of the  Retreat is to  build strong and  cohesive  administration  in state,
enhanced  productivity of the top  government functionaries  as well as to  improve  service  delivery  to the citizens of Adamawa state. 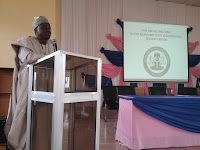 In a  leader paper presentation entitled “ Bindow administration , vision, mission and focus” presented by the Secretary to the State Government Dr Umar Buba Bindir highlights some of the remarkable  achievements recorded by the  present administration under Governor Muhammed Umar Jibrilla for the past one  and the half  years while  in office which includes the provision of Road  infrastructure, Health care delivery, Education, Agriculture, Youth and  women  empowerment as well as  other social amenities.

Earlier in his address of welcome, the Chairman Technical committee and Honourable Commissioner Ministry of Information and Strategy Comrade Ahmad Ibrahim Sajoh said the aimed of the retreat is to consolidate the  public  holders  to  ensure that  Adamawa state be taking  to the  next  level  in terms development.

Sajoh appealed to the  participants to  utilise the  knowledge  to be acquired  for the overall development of the state  and  urged the  people of the state to be united and rally round the present administration under leadership of  Governor Muhammed Umar Jibrilla.

Also in  their  separate  good will messages, His Royal Highness  the Emir of Mubi Alhaji Abubakar Isa Ahmadu, The state  Chief Judge justice Ishaya Kida Banu, Permanent secretary Ministry of Women Affairs and Social Development  Hajiya Maisaratu Bello Ahmed, and the revenue consultant  of Discovery Cycle Professionals (DCP) Mr. Iliyasu Buba Gashinbaki had commended the Adamawa state Government for  organising the  retreat  and urged the  participants to remain focus and deliberate positive issues that will move Adamawa state forward.
After the brief opening ceremony, the technical sessions commence with the presentation of paper entitled “ building a cohesive administrative Machine: the relationship between the public office holders and bureaucrats by head of service Barr. Musa Kaibo.

Publicity: public relations and protocol  visibility and Etiquette in Governance by the Honourable Commissioner of  Information and Strategy Comrade Ahmad Ibrahim Sajoh, Legal issues: Legislation, Constitutionalism  and Relationships  among  the Arms of government by the  Attorney -General and Commissioner for Justice Barr. Bala Silas Sanga, Financial  instructions and Regulations: Variable tools for good  governance  by the Commissioner of Finance and Budget Alhaji Mahmud Sali Yunusa.

Other paper presented  includes, Due process  in governance: the Imperative  of Transparency and Accountability  by Alhaji  Abba B. Umar Director  General Adamawa state  Bureau  of Public  procurement, the need for  Peace  in post  conflict in Adamawa state  by the  Special Adviser on Security  to the  Governor  Retired Colonel  Mohammed  Lawan Idris , as well as  Planning  Research and  Statistics: Major Elements of  good governance and  service delivery  by the Executive Chairman  state  Planning commission  Engr. Arin N. Lutu  all the presentations were elaborated and on transparency and  accountability,  Service  delivery,  rule of law and good  governance. 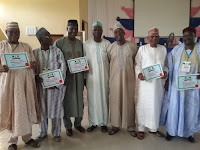 Certificates of attendance were also  presented to the  participants  at the end of retreat  by the Secretary to the State Government Dr Umar Buba Bindir on behalf of His Excellency Governor Muhammadu Umaru Jibrilla Bindow.