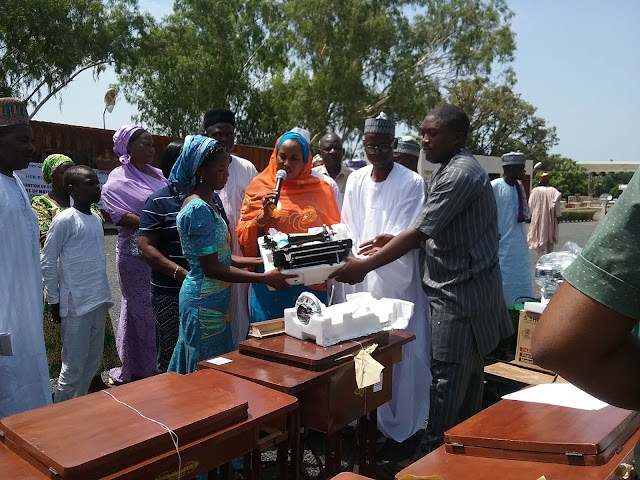 20th  Oct 2016, marks the graduation of orphans and  vulnerable children who were trained on various  skills, earlier supported  and empowered by the Strengthening Integrated Delivering On HIV/AIDS Services (SIDHAS)  funded by the USAID. The community programme is implimented by FHI 360 in providing succour  to the people infected  by HIV/AIDS in the state.

In a speech delivered by wife of the executive governor  of Adamawa  state, ably represented by  permanent secretary ministry for women Affairs, Hajiya Maisaratu Bello, “ I feel delighted with the delivery of this Economic empowerment materials from the American people”.  She called on beneficiaries make good use of the materials  that will be given to them. She further called on caregivers of children without birth certificate  to get them as they are available in  all primary health care across the state. 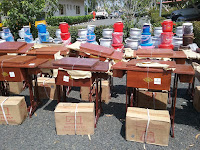 In his remarks, the project manager, FHI 360  Malam. Mural Umar, said “their core mandate is to provide  technical skills to Orphans and vulnerable children in the state.” He said so far, they have assisted about  2,500 ( Two thousand five hundred OVC in the state  in terms of  health care services and psycho social  support. He also called on all stakeholders in the state  to put smile on the faces of OVCs  in the state.
In his address, the state coordinator , Association of orphans and vulnerable children in Nigeria (AONN)  Adamawa  state branch, Malam. Gambo  Jika  said” All the OVC and OVC households  under FHI 360 will be handle over to state government  for ownership. He called on all CBOS,  CSOs and FBOs  who are into OVS or projects  to fully register with State ministry for women Affairs  and Social development  and AONN for effective cordination. Finally, he lauds the efforts of FHI 360 for  their enormous  contribution over the years in supporting  and strengthening the health system especially I  relating to HIV/AIDS services  in the state. To the beneficiaries, Malam. Gambo Jika  urged them to to utilise the materials given to them. 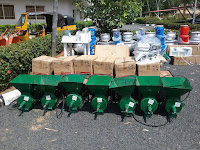 Responding on behalf of beneficiaries, Miss. Amanda, thanked Nigerian government, Adamawa state government  FHI 360  and American government  for the support they have been rendering to orphans and vulnerable children.  She also called on wellman ingredients individuals in the state  to come to their aid.
Materials given to them are; Pots, food flask, sewing machines, knitting machine, grinding machine etc.