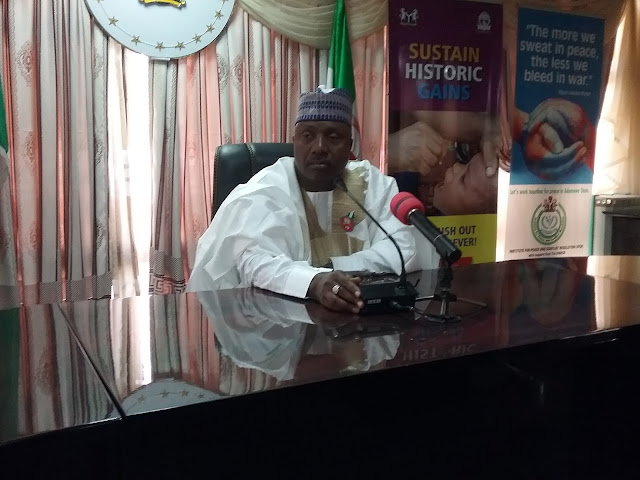 Governor Muhammed  Umar Jibrilla  has been commended for granting the Local Government Councils  their Autonomy  to operate  as an Independent Tier of  Government in Adamawa State .The State  Chairman of Association of All Local Government Councils of Nigeria  (ALGON ) Adamawa State branch  Barrister  Aliyu Wakili Boya  who made the commendation when he  led the Twenty  elected  Council  Chairmen  on a solidarity visit to Governor Muhammed Umar Jibrilla  over the  recent Judgement  by the  Supreme Court at Abuja . 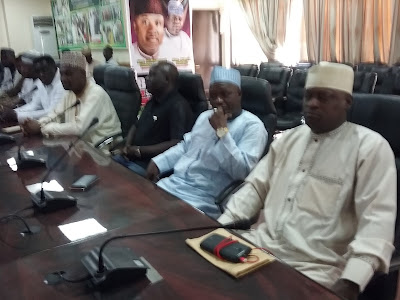 The ALGON Chairman said the  supreme Court  verdict is a victory for the  entire people of Adamawa state and  assured  the Governor of  their unflinching loyalty and support to the present administration of Governor Muhammed Umar Jibrilla .
Barrister Aliyu Wakili Boya  also commended the Governor for his outstanding performance in  developing the state, adding that all Council Chairmen  are solidly behind the success of the Governor .He however thanked the Governor for the support and cooperation  being given to the Local Government Councils as well as  free hand to operations.
In his  response , Governor Muhammed Umar Jibrilla stated that his Government is  a people  oriented Government and promised to continue to provide the  dividends of Democracy to the electorates at their doorsteps . 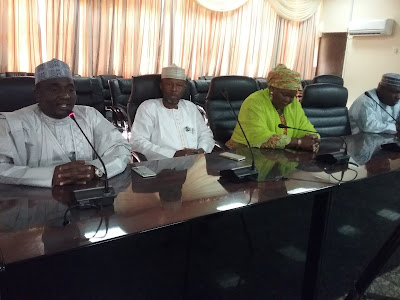 Governor Jibrilla had also pointed out that Transparency and Accountability are the cardinals  principles of his administration  and urged the  Council Chairmen  to work for the progress and development of the people at grassroots .
13:49
Adamawa Daily Reports
News
Email ThisBlogThis!Share to TwitterShare to Facebook