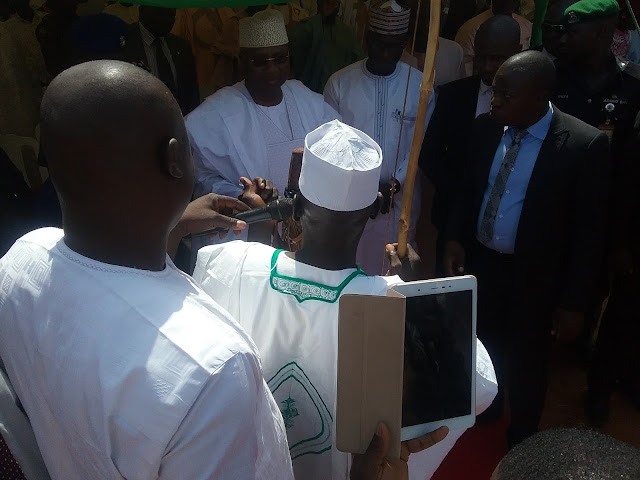 Guyuk the Head quarters of Guyuk Local Government Area is one of the principal towns in Adamawa State. The major ethnic group that inhabited the Local Government Area is the Lunguda speaking people. The LGA is located at the Southern Senatorial Zone of the state. It has a population of predominantly farmers who cultivate mainly among others: sorghum, cotton, millet, maize, beans, fruits.

One of the historic and tourism sites in the state is the Elephant House located in the LGA.
Limestone, a solid mineral with its potential is found in commercial quantity in Guyuk. The most common use of limestone is as a crushed construction material, serving as a base for roads and ballast in railroads, but it also combines with crushed shale in a kiln to make cement and serves as an aggregate material in concrete.
With all these potentials which can lead to the diversification of the economy, it has never been given priority.
Road which is vital in economy diversification, is one of the numerous social amenities the LGA is lacking for over a decade. 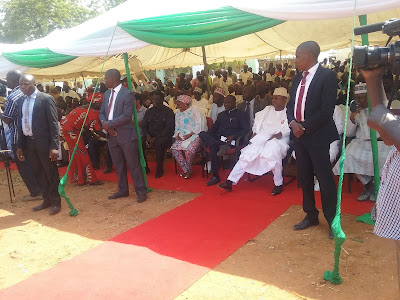 Today, 14th December, 2016 will remain a remarkable day in the history of the Lunguda Kingdom. It is a day His Excellency, Governor Muhammed Umaru Jibrilla of Adamawa State flag off the construction of Guyuk Township Road.

In her Welcome address, the Hon. Commissioner Ministry of Works, Barr. Lillian Stephen Nabe called on the people of Guyuk to give maximum cooperation to the contractor handling the road construction and to dump no refuse in drainages which will be constructed on both side of the road.
Barr. Nabe highlighted that 2.5km (dual carriage way) township road will be constructed in Guyuk. The contract for the construction of Guyuk Township Road was awarded to Triacta Nig.Ltd. 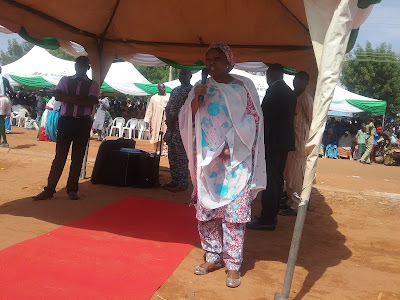 In their goodwill messages:
The Chief of Staff Government House Yola, Alh. Abdulrahaman Abba Jimeta informed the people of Guyuk Kingdom that His Excellency Governor Jibrilla has included in his agenda to hold State Executive Meeting in 21 LGAs of the State. They have so far held 3 in Numan, Furore and Mubi North Local Government Areas. The aim is to enable his administration to know exactly the condition each LGA is in so as to formulate policies that will be of beneficial to them.

The Chief of Staff added that H E and his Cabinet Are In Guyuk not only to flag off road construction but to also hold 4th of its Executive Meeting out of the State Capital as he promised. As part of the social corporate responsibility, about 500metres road in addition to the 2.5km Guyuk Township Road will be constructed by Triacta Nig. Ltd. Guyuk LGA will be beneficiary of the Rural Access Mobility Project and soon contruction work will commence in some selected districts in the kingdom.

The Executive Chairman Guyuk Local Government Area, thank the present administration for fulfilling its campaign promises. He solicited with the Governor to upgrade GSS Bangiram to boarding school, renovate and standardize Guyuk Hospital. He promised his LGA full support to the Governor. As he has already started following the foot step of Governor Bindow by awarding contract for road construction in his LGA. 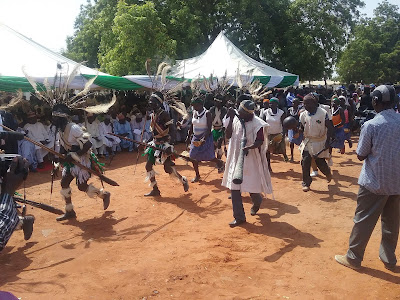 The Deputy Speaker and Member representing Guyuk in the Adamawa House of Assembly, Hon. Sunday Peter applauded Governor Bindow for actualizing the dream of his constituency. He thanked the Governor for approving the enrolment of numerous youths of his constituency into the civil service.

The Deputy Speaker reiterated that people of his constituency gathered to welcome their August visitor without regard to their different political ideology or any differences. He added his people are living peacefully and they will continue to live in peace. He call on the Governor to consider the renovation of the palace of His Royal Highness, Kwandi Nunguraya, renovation of schools and hospitals in his constituency. He finally promise his support to Governor Bindow’s administration and call on the people of his constituency to keep on praying for the present administration. 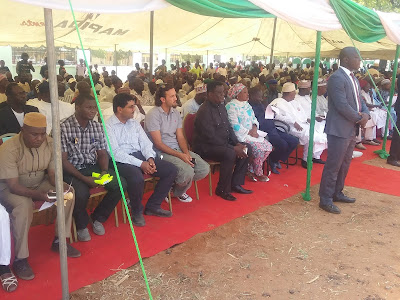 The Executive Governor of Adamawa State, His Excellency Senator Muhammed Umaru Jibrilla in his remarks said that he was elected by the masses to serve his people; it is therefore obligatory to him to fulfil all his campaign promises to them. He promise people of the state more of his laudable projects in the remaining years of his administration.

Added more colour to the occasion was the decoration of the Governor with Lunguda traditional weapons and presentation of dances by the various cultural groups of the Lunguda Kingdom.

It was an occasion that was honoured by State Executive Council Members, renown children of Lunguda Kingdom, Pliticians,  Businessmen and we’ll wishers.
08:35
Adamawa Daily Reports
News
Email ThisBlogThis!Share to TwitterShare to Facebook