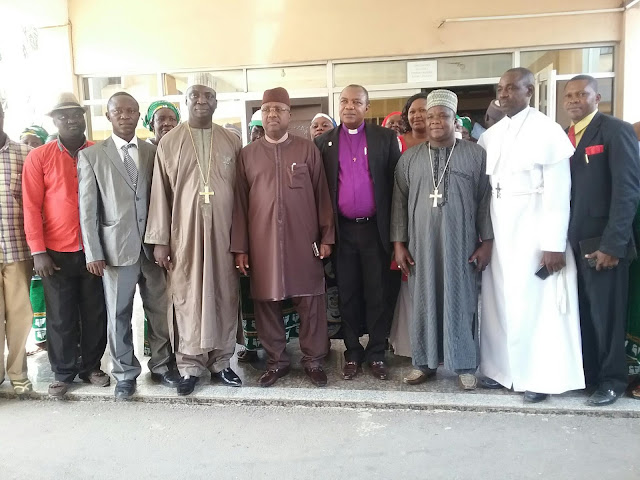 Religious Leaders have been urged to always pray for the unity and  peaceful coexistence of the  country at all times.

Governor Muhammed Umar Jibrilla who made the call when he granted audience the  Bishop of  Methodist Church in Nigeria, Lagos  Bishop  Edoka Amotah  who paid him a courtesy visit  in his office at Government House Yola recently.

The Governor stated that Adamawa people  are living in peace  with one another despite the religion differences and beliefs among the people, he also described Adamawa state as  a mini Nigeria with  over Seventy  Ethnic groups and culture.

He however called on the citizenry to  respect  one another irrespective of any primordial sentiment, stressing that Adamawa state is very stable and calm  at present.

Earlier in his remarks, the  Bishop of  Methodist Church  in Nigeria  Bishop Edoka  Amotah who is also the Director of  Evangelism in Methodist Church  Headquarters Lagos, told Governor Jibrilla that he was in Adamawa state  on behalf of the Leader of the Methodist  His Eminence  Dr.Samuel Chukwu Emeka Kalu Uche on a  familirization tour to  all Methodist Churches across the  Northern part of the country. The  Bishop said the  Methodist Church is always  praying for  peaceful and unity of the  National it's leaders. 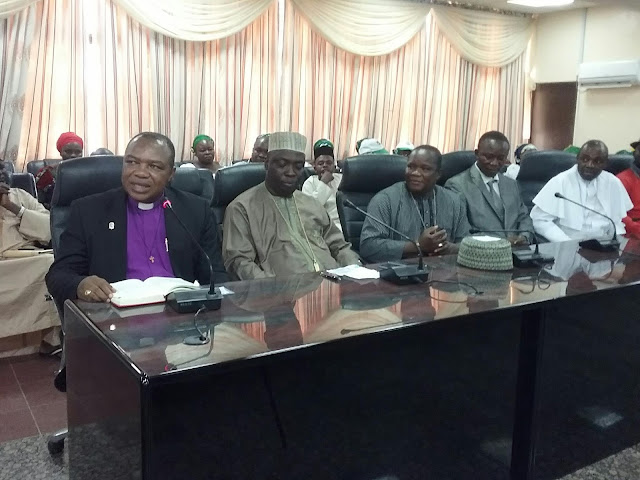 He then commended Governor Muhammed Umar Jibrilla for his  developmental projects by transforming Adamawa state to a  city, and also  acknowledged the  efforts of  the Governor  in curtailing the insurgency in the Northern part of the state.

Bishop Edoka applauded the Governor for his  purposeful leadership in piloting the affairs of the state  by carrying  everybody alone in his government.

He however  expressed  the concern  of the Church  over the recent happenings in the state  with regards to the  attacks on  people  in some parts of the state  and condoled the government and the families of the victims of the  attacks.

Special  prayers was also  observed for the  Governor and  peaceful coexistence of the people of Adamawa state  by Bishop Edoka.