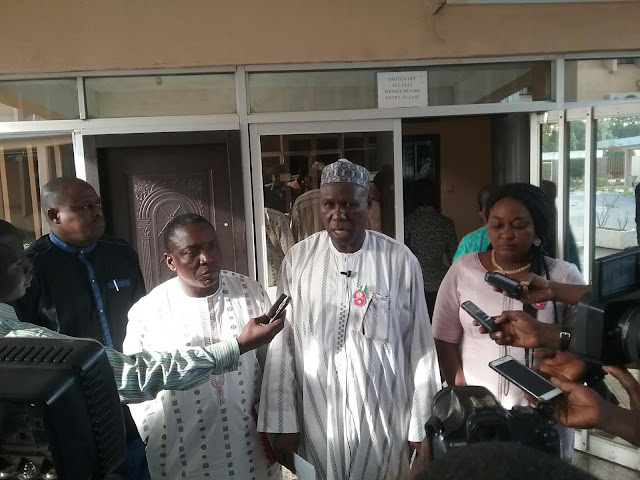 Governor Muhammed  Umar Jibrilla has  presided over an Extra ordinary  State  Executive Council Meeting  at the Council Chambers of the Government House Yola.

While  briefing Journalists at the end of the EXCO Meeting, the Honourable Commissioner Ministry of Information and Strategy Comrade Ahmad Ibrahim Sajoh along side Commissiners of Solid Minerals Barrister Victoria Shanti  and State Attorney - General and Commissioner for Justice Barr.Bala Silas Sanga  explained that the  Council has discussed  and  reviewed the  issue of  Solid Minerals  across the state  with the aimed of harnessing the  abandoned  Mineral  Resources in Adamawa state.

Sajoh also announced that the  Council  had received a  report from a committee  earlier  set up to  reposition the  State Board of Internal Revenue  in order to  enhance the  Internally Generated Revenue  of the state which  was Chaired  by the State  Attorney - General and Commissioner for Justice Barr.Bala Silas Sanga  and,  that the  Council  has subjected  and Adopted a  White paper  and agreed that the Revenue  Board  be repositioned  and it's leadership  be also changed  and the Revenue  Laws of  Adamawa state be reviewed  so as to be In-Tune  with current  realities  in terms of revenue generation.

On her part, the Honourable Commissioner Ministry of  Solid Minerals Barrister Shanti Victoria  Sashi  also explained that the Adamawa State Government  have signed a Memorandum of Understanding  (MOU) on the Guyuk Cement factory and Lime-Stone Agregate  with  Smart  Group  International  Company  for the actualization of the project  within Twenty -Six Years.

Sajoh however disclosed that the 2017 Budget Appropriation Bill is ready to be presented by Governor Muhammed Jibrilla  to the Members of the State House of Assembly  for consideration . 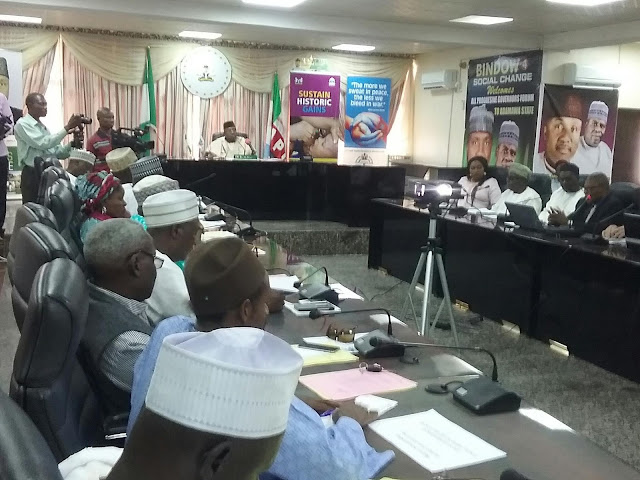 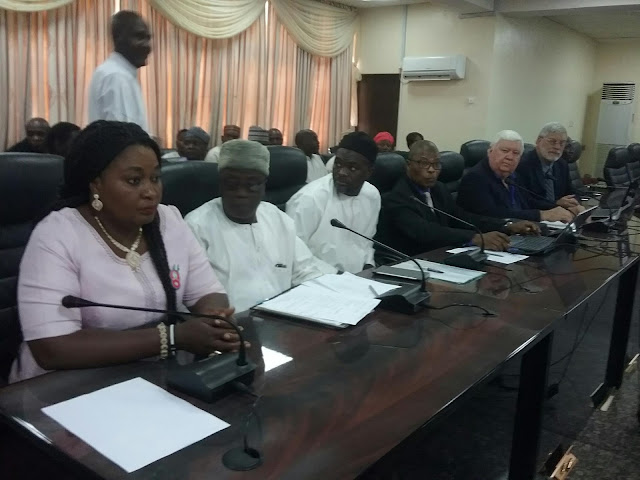