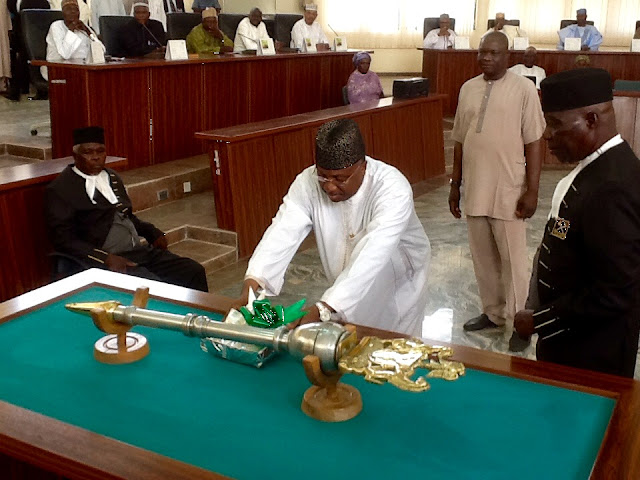 The Adamawa State Government has Budgeted the sum of One Hundred and Five Billion, Four Hundred and Fifty  Nine Million, and Sixteen Thousand Naira  (N105,459,016,000:00) Only for its Recurrent and Capital Expenditure for 2017 Financial Year.

Governor Muhammed Umar Jibrilla who  presented the Appropriation Bill to the State House of Assembly for consideration, explained that the  objectives of the Budget is to achieve the  target of  providing  democracy dividends to the people of Adamawa state.

Tagged "BUDGET OF  CONSOLIDATION ", the Governor said that the  document was prepared in such a way that development should be extended to  hooks  and cranies of Adamawa state  in order to touch the lives of the people of Adamawa state  for the better.

Governor Muhammed Jibrilla  use the forum to thanked Members of the State  House of Assembly  for their  support and cooperation  being given to his administration in  his efforts to improve the well being of the citizens of Adamawa. He pointed out that the relationship between the Executive arm and Legislature are very cordial.

While  receiving the 2017 Appropriation  Bill, the Speaker of the State House of Assembly Rt. Honourable Kabiru Mijinyawa  thanked the Governor for the  presentation and assured that the document  will be given the desire attention by the Honourable  House. 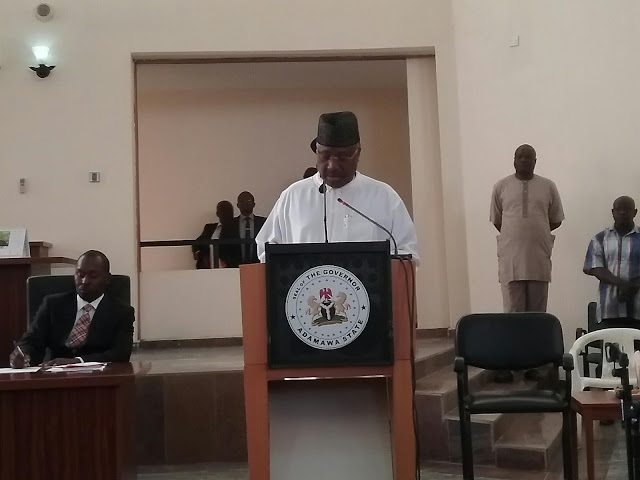