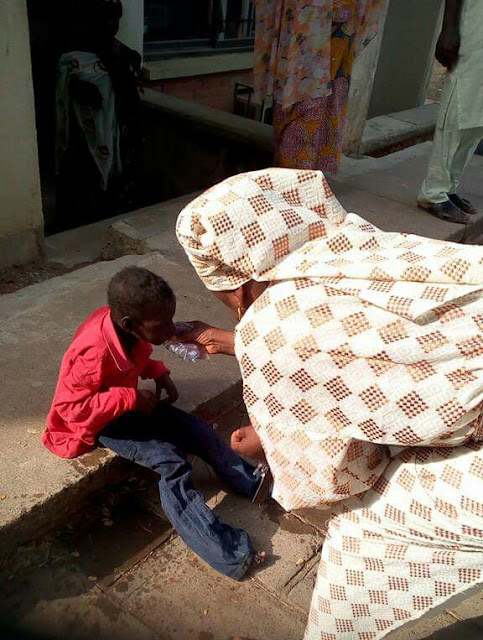 A boy believed to be between eight and ten years old was abandoned by his mother at a cemetery in Mubi town of Adamawa State.  The child is believed to be an abnormal child. He was said to have been  sighted alone at the grave yard by residents who picked him up and called the attention of the Ward Head.

The Ward Head later took the abandoned Child to the Police Station after a fruitless effort to identify the parents and close relations of the little boy. He was said to be in the custody of the Police for three days before he was handed over to the Social Welfare officer of Mubi Local Government Area,  Mr. Andrew Wachi. 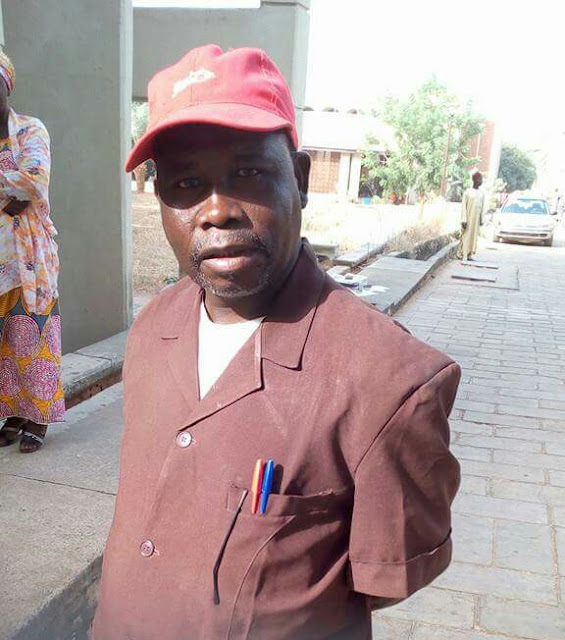 However, Mr. Wachi  was here in Yola Secretariat this morning to hand over the little boy to the State's Headquarters of the Social Welfare Office. He told the Welfare  Officials that the little boy has some noticeable health complications and speech defect as the boy is unable to speak or communicate.

The malnourished Child was seen this morning being fed by officials of the Social Welfare office at the Secretariat awaiting the arrival of the Director of the the Mnistry for further action.