Home » News » News: Governor Bindow has Directed for the immediate Payment of all Outstanding Salaries of Local Government Councils, Primary Healthcare, Teachers and Pensioners in the State

News: Governor Bindow has Directed for the immediate Payment of all Outstanding Salaries of Local Government Councils, Primary Healthcare, Teachers and Pensioners in the State 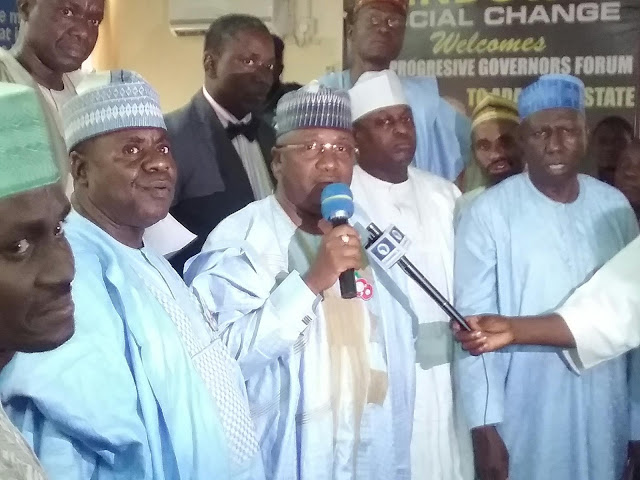 This was diaclosed by the Honourable Commissioner Ministry of Information and Strategy Comrade Ahmad Ibrahim Sajoh along side Commissioner of Finance Mahmood Sali Yunusa and other Members of the State Executive Council at the  end of the marathon State EXCO Meeting  for the Year 2017 presided over by Governor Muhammed Umar Jibrilla  held at  the Council Chambers of the Government House, Yola.

Sajoh had explained that the Adamawa state Government has  received  part of the money  from  Paris Club ,stressing that the  Council has  committed One Hundred Per cent  to implement  on the guide lines  with issues in respect of the  part of the  Paris Club Fund received,pointing out that the  priority of the present administration  is to achieve the desired results  within a specific period  for the people of Adamawa state.

According to Sajoh, the EXCO had also discussed  and agreed on the 2017 Budget  Appropriation  and is ready to for presentation to the Members of the State  House of Assembly  for their consideration.

In his remarks, Governor Muhammed Umar Jibrilla  thanked President Muhammadu Buhari for his magnanimity by  ensuring that the funds  made available to  states government, explaining that his government is  a Transparent and Accountable one "We have been asked by the  Federal government  to pay salary  arrears and  I assure you that  this  government is a  Transparent  government and we must be Accountable to our people "adding  that the  money  will be  use  judiciously.

The Governor also  revealed that a committee would be set up  to ensure  effective  payment of the salary  arrears and other emoluments owed by the workers of the state .

The Commissioner of Finance however  assured that the funds  would be  use to settle  all personnel  cost related salary arrears  of Local Government staff, Primary school Teachers, Primary Health care workers as well as Pensioners .