The Tiv Development and Cultural Association (TDCA) Adamawa state chapter has confered on the Provost Federal College of Education Yola Professor Abdul-mumin  Salad a prestigious title of "Akinde U "Tiv Adamawa state, for his tremendous performance and contribution to the development of the college recorded in his first tenure.

Confirming him with the title in his office on Thursday, the President of the Association Mr Terkimbi Tyona also congratulated the Provost over his recent reappointment to the esteem office of the Provost Federal College of Education FCE Yola.

The news of his reappointment he said, was received by the entire Tiv Community with great joy. According to him, these achievement lured the Tiv Community to conferr him with the title.The Tiv he said, shall continue to avail the Provost of their wise council, relationship and support where necessary to enable him succeed.

Mr Tyona has used the forum to commend the President of Nigeria His  Excellency Mohammadu Buhari for his wisdom in rewarding  handwork, diligence and commitment by extending the Provost's mandate.

Responding, the Provost of the College Professor Abdul-mumin Saad who was overwhelmed by the visit and the title conferred on him, he said that the relationship shall continue while he remains in the office. He commended the delegation and the entire Tiv Community for identifying with him and assured them his full support and cooperation at all time.

He said that his doors are always opened for them calling on them to always draw his attention where necessary. 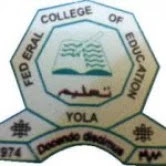