NEWS:Adamawa state Government is to Benefit from World Bank Grant. 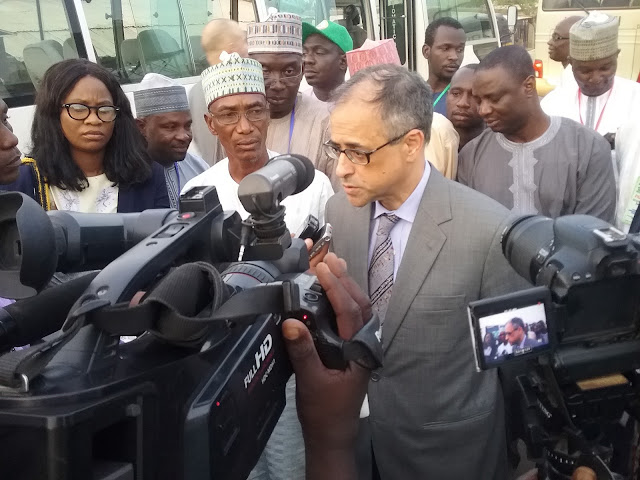 The World Bank have  approved  about Fifty-Two Million Dollars to the Adamawa state Government for  a number of  developmental  projects in the state  for the enefit of the entire people of the State.

The  Country Director of the World Bank  Nigeria  Mr. Rachid Benmessaoud  who disclosed this to Journalists at  an  interactive session with stakeholders  and Government officials  in Yola.The World Bank  Boss  Commended Governor Muhammed Umar Jibrilla for his giant strides in developing  the state  and also the  provision of  basic social amenities to the  citizens .

He  said the  road infrastructure  is an essential  sector for development and  economic growth, pointing out that the  World Bank  would  continue to support the  state  government in the areas of  Education,  Health Care,  unemployment, Social  protection ,Community  service development  programmes, Social  Infrastructure  and social  cohesion, adding that  restoring  citizens state trust  among the people  is the major  priority  of the World Bank.

Mr Benmessaoud  also  explained that the  construction of  roads will not only  serve as Transportation  purposes, but also to  serve as protection against flooding in  some parts of the state.

He however  expressed deepest  gratitude to the  government of Senator Muhammed Umar Jibrilla  Bindow  for hosting the World Bank  delegation  in Adamawa state.

The World Bank  delegation  also  inspected  some of the roads  being  constructed by the present administration across the state  capital. 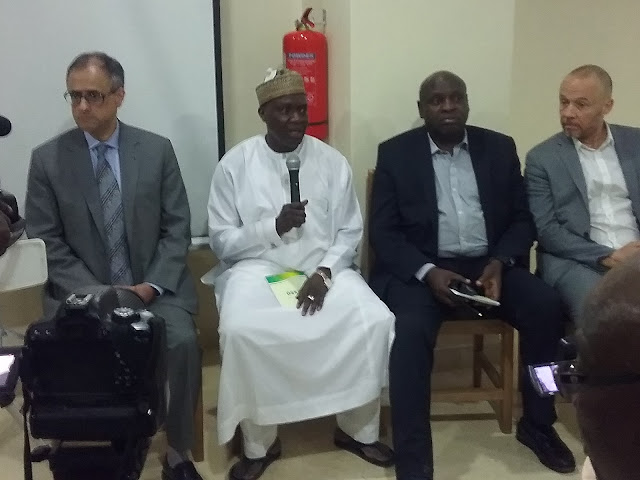 In a brief  presentation, the Secretary to the State Government Dr Umar Buba Bindir  highlighted some of the remarkable achievements recorded by the present administration under Senator Muhammed Umar Jibrilla in less than Two years  while piloting the affairs of Adamawa state  which includes provision of Roads infrastructure, Education, Agriculture, Health Care delivery, Poverty alleviation, maintaining  of peace and security  among others.

Dr Umar Bindir  said the  Government  of Senator Muhammed Jibrilla  was characterised  based on Transparency, Accountability  and Prudence in managing the resources as well as good governance.

He however called on the  International Donor agencies to assist the state  government in  order to provide democracy dividends to the people of Adamawa state.