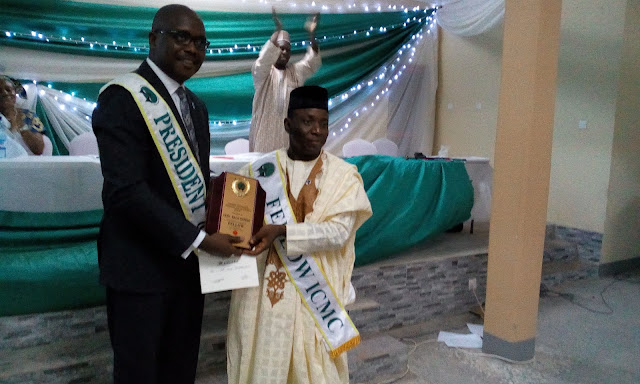 Institute of Chartered Mediators and Conciliators ICMC has today being  29th March 2017  inducted 67 Mediators at Duragi Hotel here in Yola.

The inductees include;  Lawyers and staff of Ministry of Justice,  Religious and Traditional Leaders,  AUN/ Peace Initiative,  security agencies etc. However, they were trained on Special Mediation Skills Accreditation and Certification Programme from 16th - 20th of January this year and others last year. In real sense,  it is the perfect panacea for conflict resolution.  These inductees were selected because of their roles and  impacts on the society.

In a remark by the Chairman of the occasion Comrade Ahmad Sajoh , Ministry of Information & Strategy, he charged all the inductees to create atmosphere  and  conditions on how to reduce conflicts in the state as  the Mediators they are.

Good will messages by AUN ,the  Ministry on the Impacts of ICMC on Citizens Right and one other were delivered.

The Attorney General and Hon.  Commissioner of Justice Barr.  Bala S. Santa delivered a Keynote address in behalf of Chief Kanu Agabi,  SAN on " Expanding the Frontiers and Mediation to Crime ". All that needs to be known about ICMC , the skills and the guidelines on how to tackle civil and criminal cases we're clearly spelled out.  It's all about how to resolve crisis.

Both the Registrar and the President ICMC Mr Emeka Obigolo had addressed the gathering. However,  the President said that after today, the state will enjoy enduring peace. He then coordinated the induction ceremony and in the end,  the Attorney General was decorated and  presented a Certificate and a special award for his enormous contribution as a Mediator. 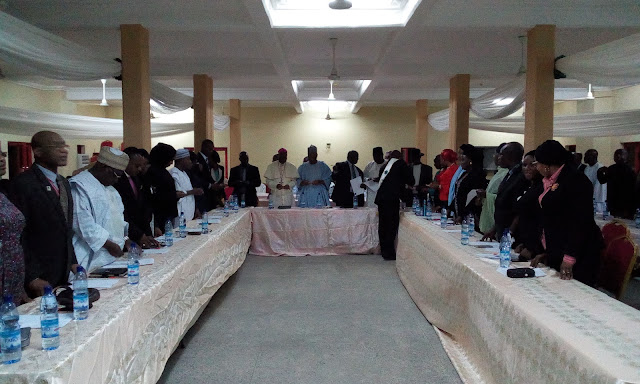 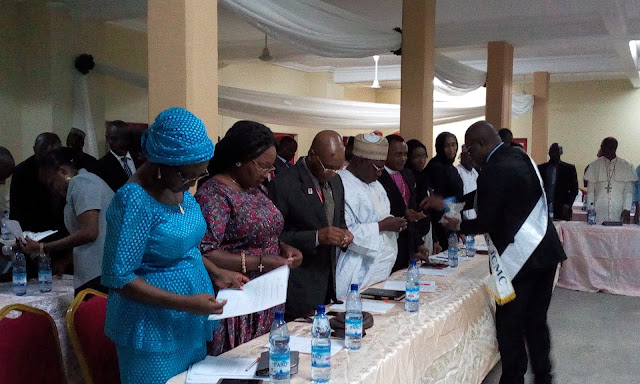 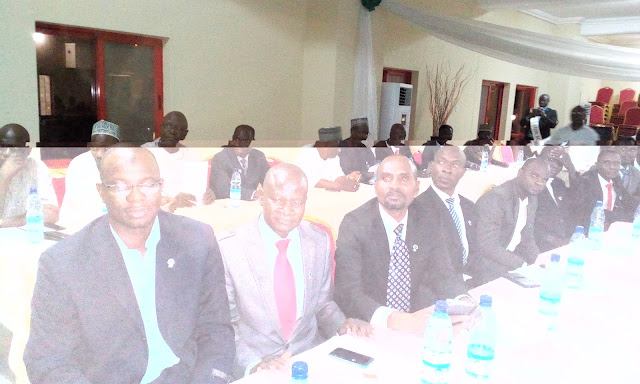 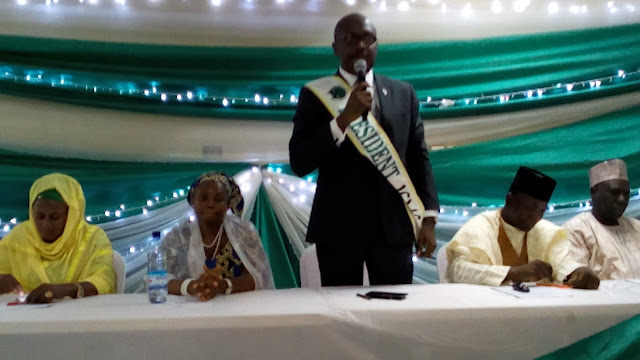