The Federal Polytechnic Mubi in Adamawa on Wednesday matriculated 4600 students for 2016/2017 Academic Session against the 1936 student’s intake for 2015/2016 Academic Session.

The Rector of the Polytechnic, Dr Sadiq Yahya made this known at the 33rd Matriculation Ceremony for both students of the National Diploma and the Higher National Diploma in Mubi. Yahya said that the improvement in the enrolment was due to academic stability and the hard work from the academic staff of the polytechnic.

He gave an assurance that the management would continue to work in harmony with all stakeholders in the Institution to ensure peace and academic stability on the campus. He urged the polytechnic community to resist both internal and external manipulations targeted at disrupting smooth academic programme in the polytechnic and that such opposition would bring an end to incessant industrial strike, which has an attendant negative impact on students.

``Today we have recorded an improvement in the enrolment of students on this great institution against the 2015/2016 enrolment.

``This is achieved due largely to the academic stability as a result of absent of strike actions which lead to timely graduation of students.

``And also the efficiency on the part of the academic staff which tell a lot on the quality of the graduates of our dear institution.

``I urge the  Mubi  Polytechnic community to stand its ground and oppose any manipulation either internally or externally conceived targeted as causing academic disharmony.

``We the management will continue to resist any attempt by group or individuals that is aimed at breaching the peace and stability on this campus. It is only the Academic Board that is mandated to lengthen or shortened any semester and no anyone else,’ Yahya said.

While congratulating the new students, Yahya enjoined them to be discipline as the management will punish and resist any unwholesome behavior from any quarter. 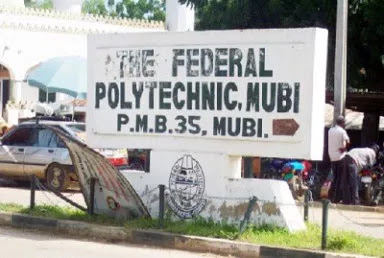