NEWS: Adamawa State Board of Internal Revenue Gets New Boss 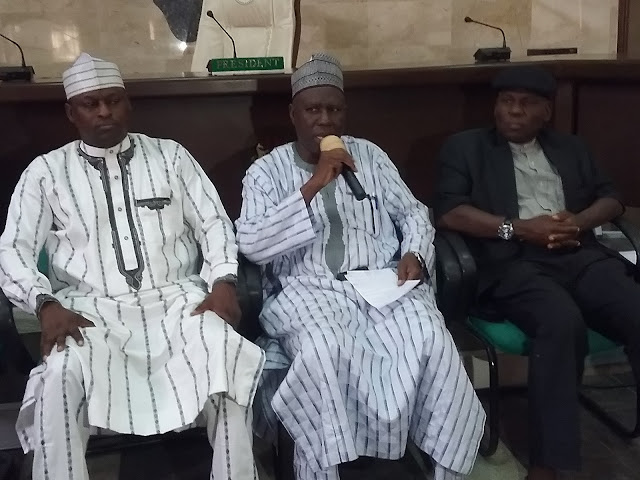 The Adamawa state Excutive Council  has approved the  appointment of  Mallam  Hamman Adama  Nhabari Hamman Joda as the substantive Executive  Chairman of the  State  Board of Internal Revenue.

The  Honourable Commissioner  Ministry of Information and Strategy Comrade Ahmad Ibrahim Sajoh along side Honourable Commissioner of Finance and Budget Mahmood Sali Yunusa and the Chairman of the  State  Planning Commission Engr. Arin Lutu  disclosed this to Journalists at the end of the fourteenth  State Executive Council Meeting presided over by Governor Muhammed Umar Jibrilla  at the Conference Hall, Government House Yola.

According to Comrade Ahmad Sajoh , the Appoitment of the Executive Chairman of the  Revenue Board  was purely done  after a thorough  scrutiny  by a committee  constituted  for the selection of  the new Chairman and  also  by merit.

The  Council also  received a report  from the Discovery Cycle Professionals  (DCP ) on the Revenue collection of the state  over the use of Automation  System.

The Commissioner also  disclosed that the State Executive Council  had received a report on State  Poverty map  as submitted by the State Planning Commission  as regard to the poverty level  among the people of Adamawa state.

He said that the  Seven front line  Local Government Areas  that were ravaged by insurgency  has added the  level of  poverty  within the  people of the state  in terms of  their  expenditure and otherwise, stressing that  political and Agricultural  Maps would also be develop  by the State  Planning Commission  in order to  better  the lives of the citizens of of the state.

He also said that Government is  trying it's best by ensuring that the poverty level  has reduce  drastically  among the people of the state.

The  EXCO  also received a report on the  progress made  by Anchor Borrowers  scheme  to the farmers of Adamawa state, explained that the Rainy season farming  would  also be  extended to  the Anchor Borrowers scheme, he however  pointed out that  majority of the people of the state  were rainy season  farmers.