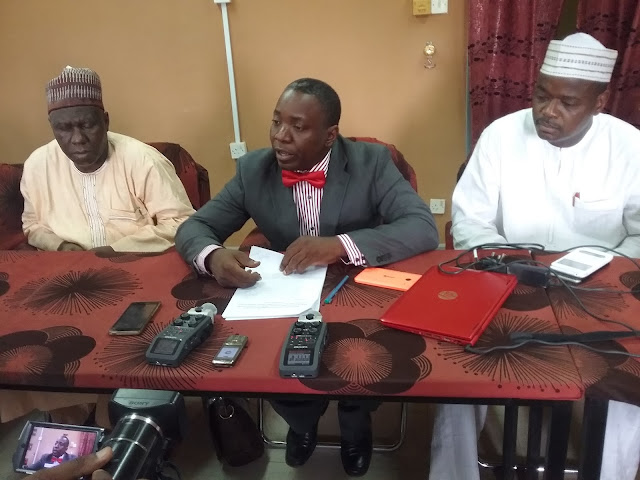 The Over four months strike action embarked upon by Adamawa State University Mubi, (ADSU)  has been suspended indefinately in order to allow academic activities to resume.

Announcing the suspension in press briefing at the Ministry of Justice, Tuesday 11th April, 2017, the Hon.  Attorney General and Commissioner for Justice, Barrister Bala Silas Sanga, said that, with the power bestowed on him by the State Government as the Chairman Investigative Panel, the ongoing strike action has been suspended. And, all worrying factors should come to turn by reporting back to duty with immediate effect.

Barrister Bala Sanga, announced that, all the grey areas have been seriously looked into by his committee, and a memorandum of understanding with state government has already been signed, accepting the suspension of all strike action in the institution, while expressing his sadness that, the students have over stayed at home due to the unrest.

He assured that, the issue of non payment of salaries to workers in the institution will soon be addressed and to make the funds available to those that are entitled to. He explained that there are  other issues  that  affects the  University  at present  and the panel  met with  other sister Universities  across the  country in order to move the institution to a greater  height. He also  stated that  normal academic  activities  would  start very soon.

However, he had also pointed out that the agreement  signed  between the  panel and the ASUU  is No Victor and  No Vanquished,  adding that no one will be victimised  as a result of  the  industrial  action.

Speaking in a brief  interview,  the Hon Commissioner Information and strategy, Comrade Ahmed Sajoh, assured that the Institution will soon bounce back to life more stronger than what it was. And,  he appealed to the Academic Staff Union of the University to please respect the agreement which as nobody will be victimised for the prolong industrial action.

In his short remarks, the Vice Chancellor of the University, Dr. Moses Dzarma, assured that whatever agreement reached at by the Investigative Panel will be well respected for the betterment of the institution.

Responding to news men, the Hon.  Commissioner in charged of  Higher Education Alh. Ahmed Rufai, expressed gratitude to God Almighty for sparing his life to witness the suspension of the prolong industrial action embarked by ADSU, and thanked the state government under the leadership of Governor Muhammad Umar Jibrilla for taking interest in the education sector. 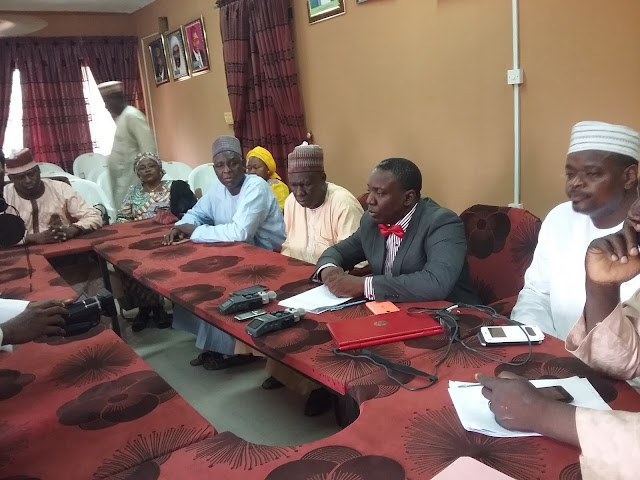