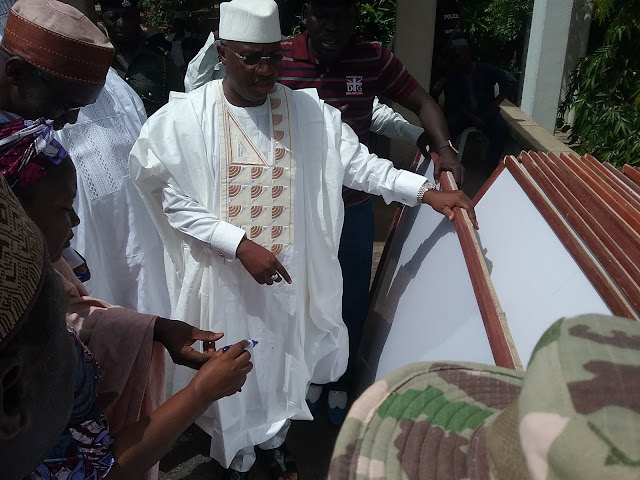 Governor Muhammed Umar Jibrilla has  described Education as a  Tool for Socio-economic Development of  any society.

The Governor stated this  while  receiving Educational Materials donated by the Nigerian Army  to Adamawa state Government for  onward distribution to some selected schools in the state.

Governor Muhammed  Jibrilla appreciated the efforts of the  Military for the intervention, saying that the  items will  go along way in  complimenting  Government's  efforts in  revamping the  educational system  in Adamawa state.

He explained that  his Administration has  already declared a state of emergency on Education sector and reiterated the commitment of the present Government to settle  all the  outstanding salary arrears owed by Teachers in the state  soonest.

The Governor also explained that  Teachers Training will be  ensured and called on the Teachers  to be more dedicated to  their duties.

Earlier in her remarks, the Honourable Commissioner Ministry of  Education Prof Kaletapwa Farauta  said the  material donated by the  Military  were to improve learning atmosphere for students  in some command  and other schools  across the state. 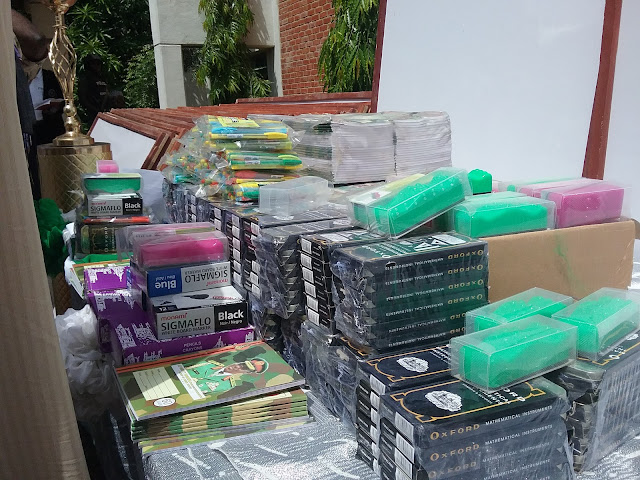 Professor Kaletapwa Farauta  also appreciated the  commitment of the Nigerian Army  beyond the  battle  field and explained that the  benefiting schools were GSS Hong, GSS Maiha,GSS Paris in Numan, GDSS Vunoklang, GDSS  Mayo Hako in Jada, and Education must continue school  for Internally Displaced Persons along Kwanan Waya.

While  donating the instructional materials, the Chief of Army staff LT.General Yusuf Tukur Buratai who was represented by the Military Corp Education Officer Colonel  Abdulsalam Nuhu said Education  is the bedrock for development  in any society and stressed that the  Military  is also rendering assistance to Civil Societies and  thanked Adamawa state Government for its support  to the Military.

Also in his  goodwill message, the  state Chairman  of the Nigerian Union of Teachers (NUT) Comrade Rodney Nathan thanked the Military for their  timely  intervention and  called on other organisations to to emulates the Military in  that direction.

The  state NUT Chairman  also  informed the Governor  that the  Nineteenth  Northern  states chairmen of the  Union  were converged in Adamawa state  for a Two  Day meeting in order to brain stormed on how to  improve the  standard of Education in the Northern part of the country.

While responding on behalf of the benefiting  schools, the Principal of GSS Hong  Mr. Adrian T. Tashara thanked the  State Government  and the Military  for their efforts in  improving the present conditions of schools in Adamawa state.