Home » News » NEWS:Declaration of State of Emergency on Education and Health Sectors Would be a Reality ---Says Governor Bindow.

NEWS:Declaration of State of Emergency on Education and Health Sectors Would be a Reality ---Says Governor Bindow. 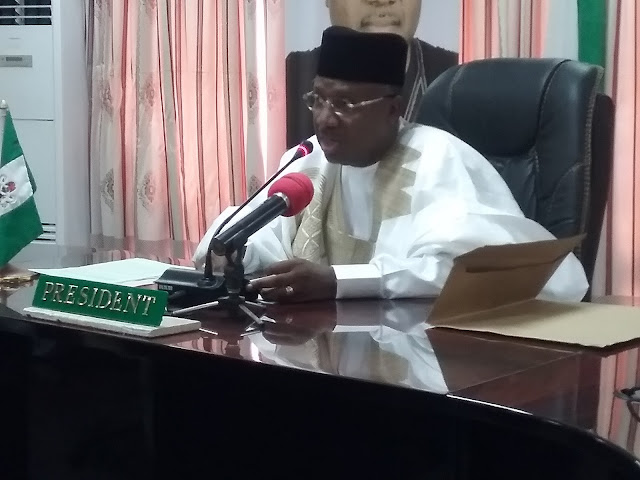 Following the Declaration of State of emergency on Educational sector  and Health Care System, Governor Muhammed  Umar Jibrilla has presided over the First Extraordinary  State Executive Council Meeting for the Year 2017.

He also explained that the Council has  approved the sum of #487,982,326.92kobo  for the procurement of of Text Books, Desk, Beds and Beddings, as well as chemical for Science Laboratories.

The EXCO also approved the sum of #162,586,887.60k for the total rehabilitation of Numan General Hospital,which includes  Maternity complex, wards facilities, Doctors Quarters as well as Water  supply in the Hospital in order to  improve the  condition of service of the Health workers  in the state.

He also explained that  Government will  commence the rehabilitation of General Hospitals Mubi,Ganye and Yola Specialist Hospital, stressing that  the projects would be executed in phases .

The Honourable Commissioner Ministry of Information and Strategy Comrade Ahmad Ibrahim Sajoh also  appealed to the  Media in the state  to always  publicized  Government  activities and programs, he however pointed out  that by next year the entire Government will going to operate in statistics.

In his remarks, Governor Muhammed Umar Jibrilla has  directed all Members of the state Executive Council  to highlights the activities and  achievements of  their respective Ministries through the Media.

The Governor  however stated that  Teachers  salaries would be the priority of his administration, adding that all salary  arrears owed by the  Teachers would  soon be settle. 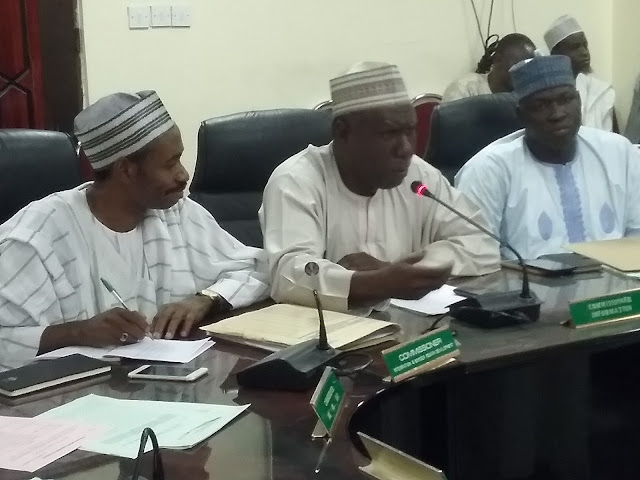