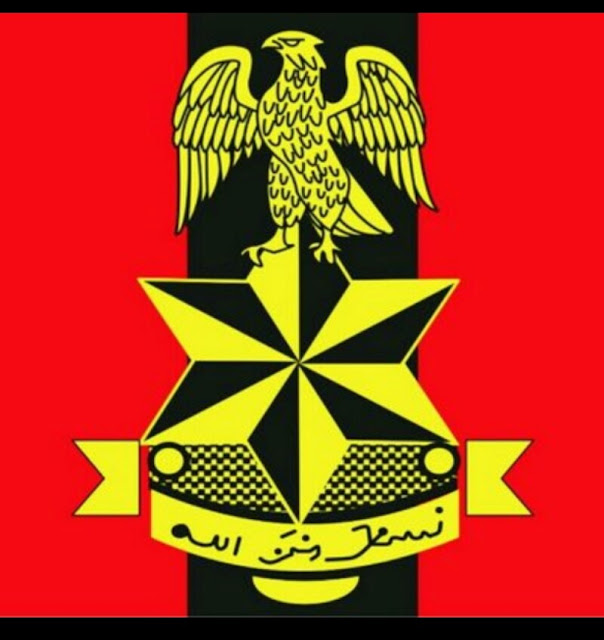 The Nigerian Army has today distributed a consignment of Educational instructional materials for both teachers and students at the Malkohi Internally Displaced Persons Camp in Yola, the Adamawa state.

The Brigade Commander of the 23 Armoured Brigade, Brigadier General Bello Abdullahi Muhammed handed over the donations of exercise books, text books, pencils, biros, footwear, among other items to the camp in Yola.

General Muhammed says, “The foresight of the chief of Army Staff, General Tukur Buratai in the support  of the Internally Displaced Persons especially in the area of education is comparable to non and has gone a long way in making a difference in the life of young children who have forcefully been deprived the opportunity to go to school.

“This has gone a long way in touching  the lives of people in this part of the country.

He says, “The Army Considers it an opportunity to be part of life touching event in making displaced young boys and girl learn how to read and write.”

Muhammed said, “The gesture is designed as a part of quick impact project of the Nigerian  Army meant to give the IDPs a fighting chance in life and an opportunity to compete for progress and success along with other children.”

The presentation of the materials marks the brigade commanders first activity since  assuming office late May.

The Adamawa state Governor Muhammed Umaru Jibrilla represented by the state Commissioner for Information and Strategy, Ahmed Sajoh, said, “The Government and the people of Adamawa appreciate the gesture of the Chief of Army Staff and that of the brigade commander in lending support to the internally displaced persons in the state.”

The commissioner says, “The State Government and its people owe the Nigerian Army and the entire Military a debt of gratitude for their gallantry that has pushed back the insurgency and made it possible for this gathering to hold in peace.

“In the height of the insurgency many of us had packed our bags and were ready to leave.

“Some families lost their lives running out of this state, so the military did not just save lives of those in the battle front but also the lives of those who would have died running.

“Right now” Sajoh said, “of the 17 instructors in the IDPs camp, 10 of them are men of the Nigerian army.”

The state government have noted that some of the children would not have had access to education but for the intervention of the military in providing education in IDPs camp.

Sajoh however said, “The Adamawa state government  is committed to closing all IDPs camps in the state.

“He called on humanitarian organizations to cue into the state government’s agenda of retuning the IDPs to their home and helping them engage in productive  ventures and enterprise as the state government  has seen it as the most reasonable way forward.

“The Government of Senator Muhammed Jibrilla is interested in the development of human capacity, so its plan to close IDPs camps is designed to help the people resettle in their local community and empower them to start life again".

“Most of the people in this Camp are from Borno state, so we have been interfacing with the Borno State Government towards returning them home to a life of dignity and productivity.

“Both Adamawa and Borno State Governments are committed to a safe and dignified return for our IDPs,"  says Sajoh.

The State Coordinator of NEMA, Saad Abubakar says, “there has been a remarkable progress  in the war against  insurgency.“There used to  be 9 camps and now there  are just three.

“Two formal camps and one camp at the catholic church.”

Saad said, “Most  of the IDPs in the camp are from Borno and the state government in liasing with its sister state to return them  to their local community .

He solicited with the commander to extend their teaching services beyond IDPs camp to into host communities.

The Executive Secretary of the Adamawa state universal  Basic Education, Muhammed Hassan Toungo described the military as great friend of the IDPS and they have been, “one of the greatest supporters of education in the state.”

.The representative of the IDPs camp Mr. Nicholas  Samuel, appreciate the military for the help.

He said some of the students learnt how to read in the camp. Some of them can now write letters and express themselves in writing.