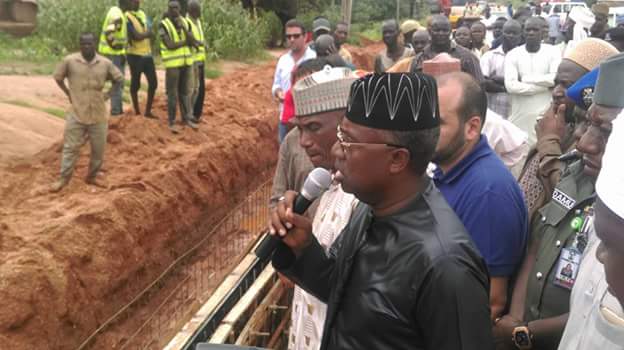 Governor Muhammed Umar Jibrilla  says his administration  vows to complete all the abandoned Road projects by the previous government in the state.

The Governor  announced this when he  inspected the  abandoned  Gombi-Ga'anda --Fotta  and 37.5 Kilometres  Pella --Maiha roads being constructed by  A G Vision  construction  Nigeria  Limited.

The Governor also assured that his government is determined to provide  access roads to the people of the state, explaining that majority of the  electorates demanded for the  access road during electioneering campaigns.

He  commended the contraction  company for the  wise decision taken by the company by coming back to site to complete the projects, he also called on the people of the area to  cooperate with the  construction  firm . 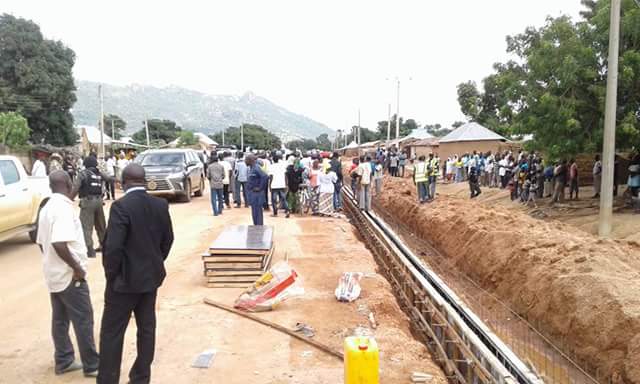 While  conducting the Governor  to the  site, the Managing Director of  A G Vision construction  company  Mr Ellis Abu Ghazali assured the Governor that  his company will do a quality  work and complete  according to  specifications.

The road projects was given to  A G Vision  construction  firm in the  year 2008 and abandoned  site after  collecting Ninety  per cent of the contract sum.