Home » News » NEWS:Adamawa State Government to Partner with FCE Yola in the Area of Education.

NEWS:Adamawa State Government to Partner with FCE Yola in the Area of Education. 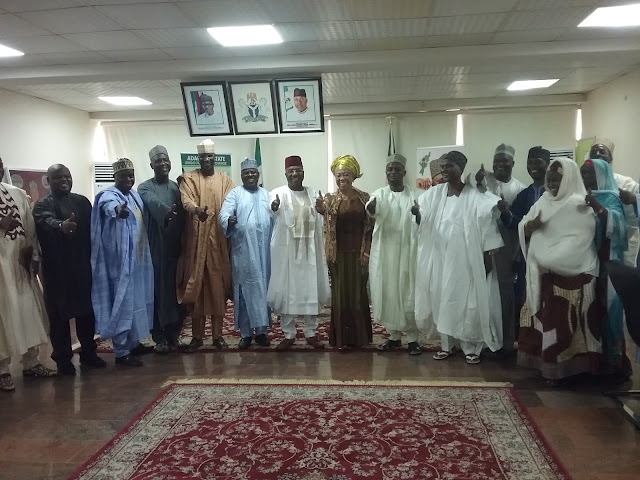 Governor Muhammed Umar Jibrilla has described Education as the bedrock for development of any society.

The Governor made the assertion when he granted in audience the newly reconstituted Chairman and members of the Governing Council of the Federal College of Education Yola in his office at Government House Yola .

Governor Muhammed  Jibrilla says that his Administration intends to re-introduce Teachers Colleges in the state  in order to provide qualitative and sound education to Adamawa children, pointing out that already his government  has declared a state of emergency on Education sector.

The Governor also explained that Adamawa state Government  will  partner with the Federal  College of Education Yola in the areas of promoting Teaching  profession in the state.

Earlier in her remarks, the newly reconstituted Chairman of the  Governing Council of the  College, Rt.Hon. Mercy Amona-Isei said members of the  council were at Government House Yola to intimate the Governor over their recent appointment as members of the governing council of the  College  as approved by the President  and thanked Governor Jibrilla  for his kind assistance being  rendered to the  college  especially  the Four Kilometers  of Road proposed to be  constructed by the State Government  under his leadership. 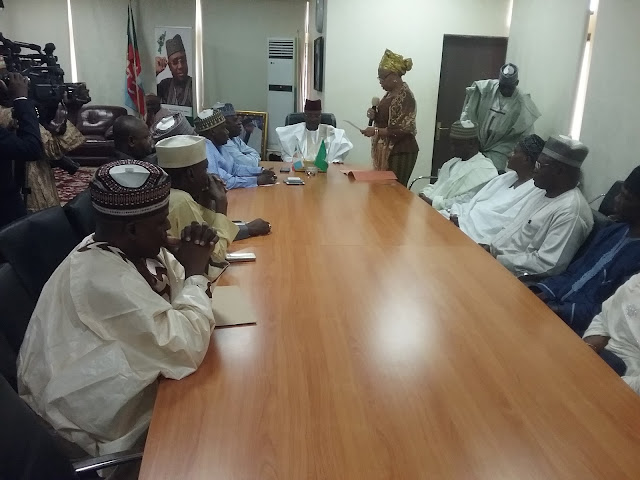 Honourable  Mercy Amona  Isei told the Governor that the aimed of  establishing the  college is to give sound  education to Adamawa children, pointing out that the  college will  partner  with the  state government in promoting education in the state.

She also  Urged the  Governor to look into the issue of Pay As You Earn (PAYE) of the  staff  of the college by the state Board of Internal Revenue.

Also in his presentation the Secretary to the State Government Dr Umar Buba highlighted some of the remarkable achievements recorded by the present administration under Governor Muhammed Umar Jibrilla for the past Two Years while in office which includes the Road  infrastructure, Declaration of the state of Emergency on Education and Health sectors, provision of basic social amenities to the people of Adamawa state  among others.

The SSG  also informed the visiting Members of the Governing Council of the Federal College of Education  Yola  that the  Governor  has directed  the Honourable Commissioner Ministry of Land and Survey to allocate a piece of Land to the college in order to have a farm for the college as an Agricultural  laboratory to students.